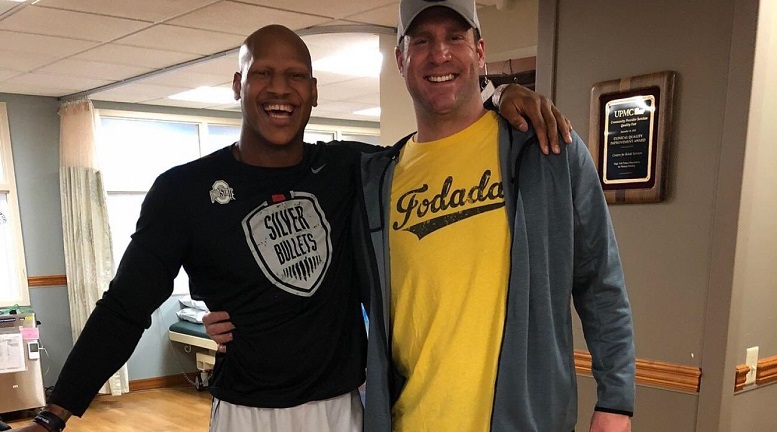 While not an official update from UPMC, Pittsburgh Steelers linebacker Ryan Shazier apparently has made significant progress in his rehab from the spinal injury he suffered two full months ago.

According to Adam Schefter of espn.com on Sunday, Shazier, who was discharged from the UPMC Rehabilitation Institute on Thursday, has regained movement in his legs and is engaging in a regular walking routine.

Schefter goes on top report that the next three to six months are critical in Shazier’s recovery as it relates to providing a significant idea as to how much overall more function he can regain.

Shazier was photographed standing a few times on Thursday and once it included him being alongside Steelers quarterback Ben Roethlisberger. Upon releasing those pictures on Thursday, Shazier thanked everyone at UPMC and with the Steelers who has helped him since he suffered his injury.

“I’ve had a lot of 1st downs at UPMC, but you know being the defensive guy I am, my mind is on 3 and out,” Shazier wrote on Instagram. “I want everyone to know I’m moving on to the next step in the process. Today’s a big day for me as I’m officially being released from the hospital.”

Shazier was discharged from the University of Pittsburgh Medical Center rehabilitation facility on Thursday and will transition to outpatient care, the hospital announced.

Shazier suffered an injury to his back during the first half of the Steelers Week 14 Monday night road game against the Cincinnati Bengals and he underwent spinal stabilization surgery a few days afterwards.

Update: Some critical clarification was provided this evening directly from Shazier, speaking to Michele Tafoya. He made clear that he “is not walking on his own” and that he “needs assistance from a walker or other people to support him in his rehabilitation walking, which remains a struggle”. A walking routine is not walking.