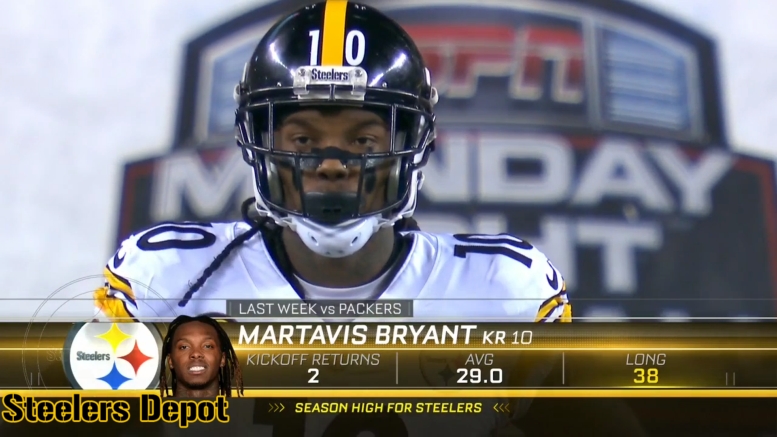 Rapoport did seem to qualify the report as many times as possible, and that’s why I’ve been hesitant to even write about it.

“At this point, the Steelers are not shopping him, but it sounds like they are listening to potential deals for him,” Rapoport said. “It remains to be seen whether or not they would actually go through with it. He is a productive player but he’s been outspoken in the past about wanting to be traded. So, they expect to have some conversations in Indianapolis.”

Clearly, it doesn’t sound like any trade is even remotely close, nor is it clear how interested the Steelers are in even dealing him. Essentially, this report is “teams are going to ask about him,” which isn’t a surprise, given his talent and problems he’s had with the team during 2017.

Locally, some Steelers’ beat guys like Bob Labriola have dismissed the possibility of a trade. It still seems unlikely to happen. Bryant’s value is low, despite all the talent he has, coming off an inconsistent season where his social media actions got him suspended for a game. He has a lengthy suspension history and only one year left on his rookie deal, meaning teams aren’t going to give up much to go after him.

It’s hard to see whatever the Steelers getting back in return, probably a late round pick, being more valuable than what Bryant has to offer for one more season, even knowing this is could be his last in Pittsburgh.

But that’s what the Combine is for, as Rapoport mentions. Not just a time to evaluate the current draft class. But a time to negotiate contracts and trades as every NFL team comes together at one place.

Take the report with a grain of salt but hey, it’s out there. Curious to hear your thoughts below.