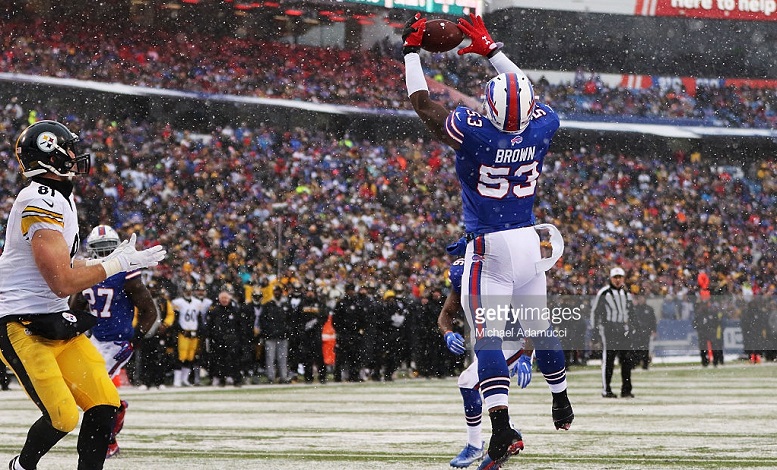 Two weeks from today the 2018 NFL free agency signing period will be underway and many believe the Pittsburgh Steelers will be looking to sign an experienced inside linebacker to help fill the void that was created when starter Ryan Shazier was lost to a serious spinal injury last season. Pro Football Focus recently did a post for ESPN.com in which they suggested one free agent that every NFL team should sign this offseason and for the Steelers they chose linebacker Zach Brown, who played last season for the Washington Redskins.

The loss of Ryan Shazier obviously leaves a void in a number of areas, but on the field, his impact has been at its apex in coverage. His 84.6 coverage grade ranked ninth among all linebackers in 2017, as he surrendered just one score while picking off three passes and breaking up another eight. Brown posted his best season against the run last year (87.7 run defense grade), and in past seasons, he has been outstanding in coverage, with 2015 being his best effort (61.0 quarterback rating against on throws into his coverage).

If you follow this site religiously, I suggested that the Steelers sign Brown at this same time last year. That obviously didn’t happen and he ultimately went on to sign a one-year contract worth up to as much $4.65 million with the Redskins that reportedly included a signing bonus of $500,000. In 13 games with the Redskins that he played in last season, Brown, who is now 28 years-old, registered 127 total tackles.

Will the Steelers have interest in Brown this offseason? It’s hard to say for sure but it’s hard to imagine them not signing a free agent inside linebacker in the coming weeks and especially ahead of this year’s draft.

PFF has a backup signing for the Steelers and it’s linebacker Todd Davis, who spent his last four seasons with the Denver Broncos.

A reserve linebacker for the Broncos, Davis has flashed serious ability, with 74 tackles resulting in a defensive stop during the past two seasons.

Davis, who will turn 26 in May, had 82 total tackles in 2017 with the Broncos after registering 97 during the 2016 regular season. He appears to be a solid target for the Steelers with two weeks remaining before the start of the free agent signing period.

Steelers general manager Kevin Colbert confirmed on Wednesday that Shazier would not be able to play in 2018. Additionally, the Steelers pro scouting director Brandon Hunt hinted on Wednesday that the team might address the inside linebacker position during free agency.