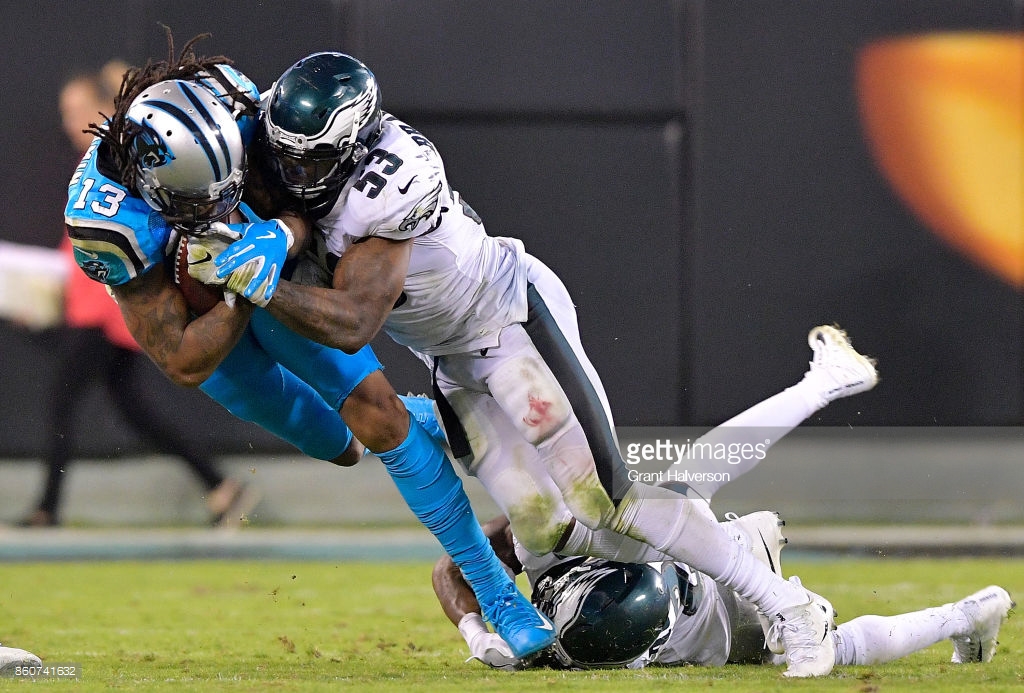 Everybody knows that the Pittsburgh Steelers have some things to work on this offseason to improve their team even if they are coming off a 13-3 record, which is one of the best finishes that they have had in the regular season in their history. But losing your first game in the playoffs will do that to you, especially if it happens in the manner that this past one unfolded.

The key, and obvious, position that virtually everybody has pinpointed for the Steelers to try to address in free agency this year is inside linebacker, where they lost Pro Bowler Ryan Shazier to what could be a career-ending spinal injury. He is in the process of reacquiring the ability to walk at the moment.

Pro Football Focus has been spending the past couple of weeks publishing free agency previews for every team, and yesterday’s installment was for the Steelers, where they picked out what they labeled a “dream splash signing” for every team. Pittsburgh’s dream splash signing this free agency period the website identified as Nigel Bradham, the linebacker for the Super Bowl champion Philadelphia Eagles.

“A player with Bradham’s positional versatility would be a massive signing for Pittsburgh this offseason, meaning he can plug in and play across their defensive scheme even with the possible return of Shazier”, author Cam Mellor wrote. “Bradham logged at least 44 snaps at seven different alignments as a linebacker in 2017 for the Eagles and played at a high level all season long”.

Bradham was a fourth-round draft pick in 2012 by the Buffalo Bills, but he has spent the past two seasons in Philadelphia, having now completed the two-year contract that he signed with them. Over the past two seasons, in 31 games, he has recorded 190 tackles, three sacks, one interception, 13 passes defensed, and three forced fumbles. He has spent most of his career as a full-time starter.

Mellor highlighted his work in coverage this past season, noting that he allowed the fewest receptions per coverage snap among 4-3 outside linebackers with significant coverage snaps. He also allowed just .62 yards per snap in coverage, but recorded 21 run stops as well.

As a bonus, he would be yet another Florida State presence at the position, with Vince Williams still there and Lawrence Timmons having spent a decade there. Bradham actually entered the league a year before Williams did, and they played together.

Elsewhere in free agency, Mellor identified Tre Boston as a key free agent prospect to target, which is a name that has already come up a lot with the Steelers, as most expect them to target the safety position and even release one, if not two, of their four safeties from last year’s roster.

The running back position was also mentioned, and names such as Dion Lewis, Jerick McKinnon, Alfred Morris, and LeGarrette Blount were thrown out there. While Blount is a non-starter for obvious reasons, the others are names that I have mentioned in the past.