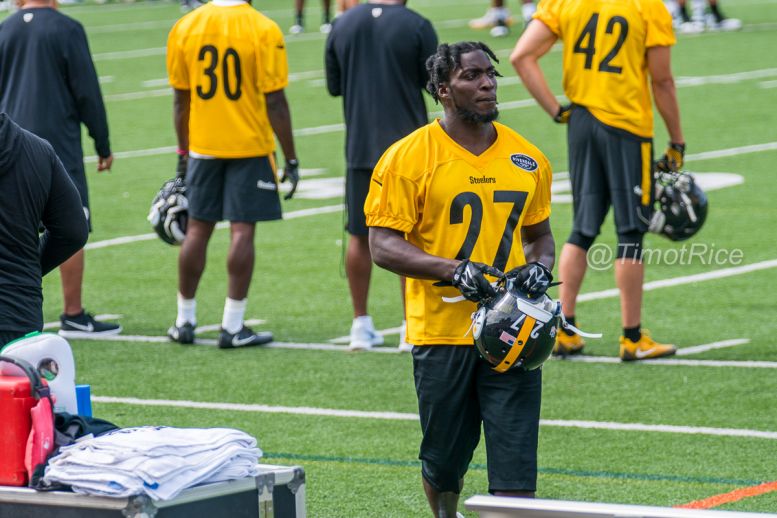 I honestly can’t believe I’m writing this. I seriously had no intentions to. But it’s been surprising, shocking really, the number of questions I’ve gotten over the last week of it Senquez Golson could resurface as a Steeler. And I’m not attacking the people who ask. But let’s cut to the answer: no, Golson is not coming back to Pittsburgh.

That ship is sailed. Golson is over international waters right now. And he’s not coming back to the Steelers’ port.

It’s, of course, disappointing his time here never worked out. Bad luck, for sure, and maybe he really is prone to the injury-bug. But it was time for the team to cut ties for good at the end of this summer, when another injury – a hamstring that gave out running down a punt at the end of his first padded practice – did him in for good.

Sometimes, you just have to move on. For good.

What’s the use in bringing him back when he’s been cut in the first place? What more is there to see, to hope for, to evaluate?

The Steelers have moved on at the CB position. There’s a new starter in the slot in Mike Hilton, the man who turned out the way Golson was supposed to. There’s Cam Sutton, who will fare no worse than the #4 cornerback, and Brian Allen, who – for now – is the #5. The Steelers will either draft another in the late rounds or bring in some promising UDFA this summer and there’s the largely unknown players who will be there for camp. Like Dashaun Phillips, the CB Pittsburgh traded for near the end of the preseason, who stuck for the entire year.

Golson had a cup of coffee with the Tampa Bay Buccaneers after getting healthy. That should tell you what you need to know.

I’m hoping he gets another shot. But that’s not happening in Pittsburgh. Nor should it. Bringing Golson back is like buying your car with the cracked engine block. Putting the TV you through the window after the Jesse James no-catch in the living room again. Re-signing Jarvis Jones because hey, it can’t hurt.

The no-risk, why not isn’t the litmus test used to signing a player. Even for those at the bottom of the roster, there’s a compelling reason why they were chosen over the 100 other options the team theoretically has. Adding Golson takes a spot away from someone else, maybe the next Hilton, but at the worst, a new evaluation to the list.

Golson simply couldn’t stay healthy enough to warrant using a spot on him. A spot that is useless, thins out the depth, again, taking away the chance from someone else. For any organization, that’s just bad business.