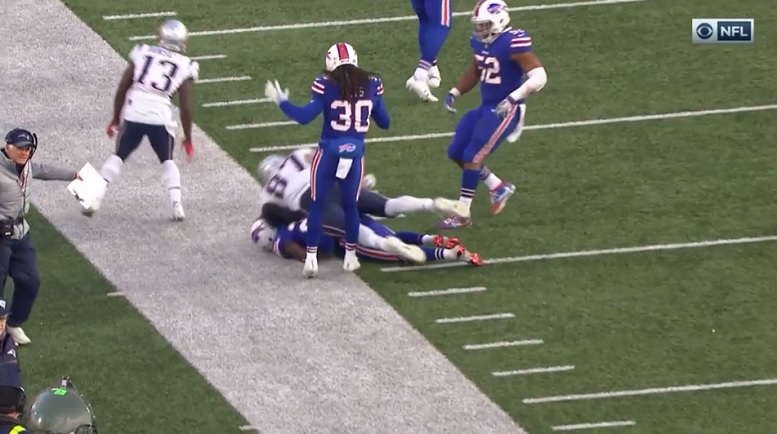 Other than pending labor strife, the biggest issue that exists between the league and the players is the issue of big hits, concussions, and the treatment of both the perpetrator and the injured following those concussive hits.

The NFLPA held a press conference yesterday on the eve of the Super Bowl in order to weigh in on a number of topics, and one of those discussed was just that. Union Executive Director DeMaurice Smith made clear that it was the responsibility of both the league and the players to curb those sorts of acts from the game.

One of the most-discussed incidents was a hit by Thomas Davis on Davante Adams, which sent the latter to the concussion protocol and the former to the suspended list. The two of them both ended up participating in the Pro Bowl and later cleared the air about what happened.

“I think the league made the right call on the suspension on that based on that hit”, Davis himself told reporters. “I took full responsibility for that. It’s one of those things that has to be taken out of the game and we understand that”

Davis, who is the Carolina Panthers’ player representative, said that “it’s all about player safety. It’s all about providing a safe and fun atmosphere for guys to be able to go out there and make a living. Whenever you have stuff like that it takes away from the game”.

The president of the union, active player Eric Winston, put the responsibility on the players to “take better care of each other”, while adding that he believes the NFL and NFLPA have done about as much as they can to educate players about the risks involved.

“Everybody else has to get on the boat,” he went on. “I need to see more coaches coaching the right way and saying ‘I know that’s a hit you can’t take. Do what you can, but I don’t want you to get fined or flagged because of this.’ I don’t feel like we’re there yet. I don’t feel like the teams are telling their own guys, ‘I understand the position you’re in’”.

Certainly, the Cincinnati Bengals are not there yet. I don’t believe any team from an organizational level has gone to bat more for their players’ on-field conduct, though surely they are not the only ones. The least as a whole is not there yet.

But “I think is where we need to go”, Winston continued. “Whether that’s rule changes to say that hits to the head are gonna affect the outcome of the game more. If it’s a system of draft picks with teams that are repeat offenders over a long period of time. They’re letting it happen, they’re not coaching it, they’re not trying to improve it. Everybody’s got to get on the boat on this thing”.