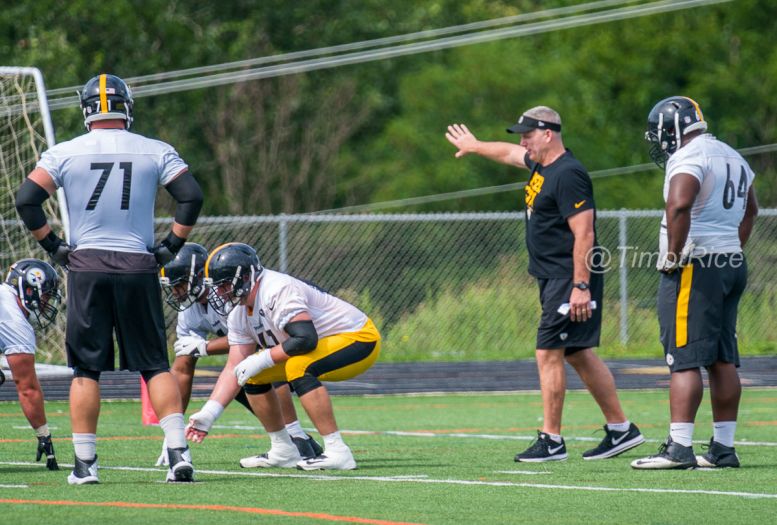 Randy Fichtner is the Pittsburgh Steelers’ newest offensive coordinator. But there will be plenty of input from the rest of the coaching staff, specifically offensive line coach Mike Munchak.

Circling back to a deep dive into the Fichtner/Roethlisberger dynamic courtesy of ESPN’s Jeremy Fowler, Roethlisberger mentioned this nugget of information about Munchak’s role and impact.

“Munch staying validates what Randy means to us and to him and this team,” he said.

There was the possible opportunity for Munchak to earn his second head coaching job, viewed as a strong candidate in Arizona. But he turned down a follow-up interview after doing well on the first, the job ultimately going to Steve Wilks, citing the desire to keep his family in Pittsburgh.

I’m positive there were multiple factors as to why Munchak made that decision. Loving his current job, the players he works with, and the organization he’s apart of. Family reasons, like he cited. Perhaps another reason was knowing he would have more input in how the offense is run post-Haley.

Still, even with a collaboration, the offense is going to look largely the same as it has in the past. This is Ben Roethlisberger’s show, even though in the article Big Ben said it’s not one person’s offense.

We’re going to delve into the topic deeper sometime in the future but one element they could incorporate is a pistol offense. That’ll make playaction more viable while keeping Roethlisberger away from center, where he’s struggled in the past. Last summer, Munchak said he wished it was something the Steelers would do. Haley would sprinkle it in during camp, and it was used in extreme situations where Roethlisberger was hurt.

Beyond some of the obvious, chiefly fixing red zone issues, that’s one of the things I’m curious to see if Fichtner incorporates. With Munchak’s help.