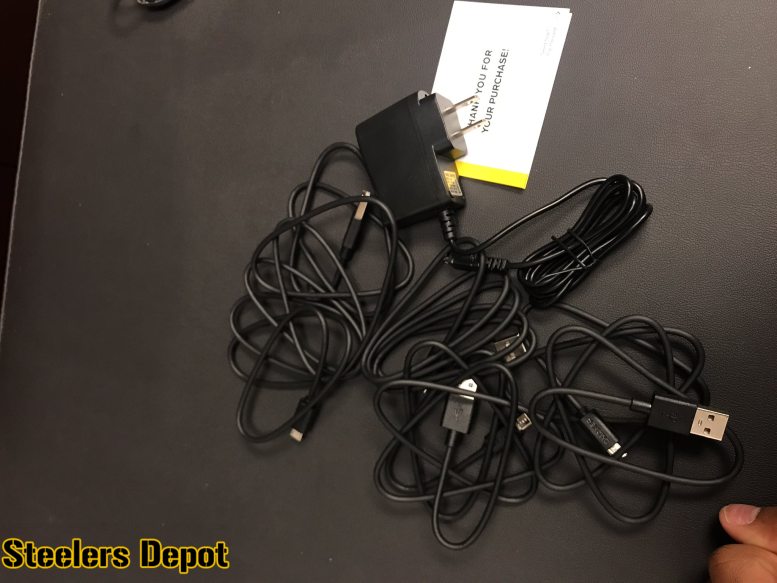 When it comes to the offseason, with not a whole lot going on, I tend to share the belief that there needs to be room for levity. And Baltimore Ravens cornerback Marlon Humphrey, coming off of his rookie season, has managed to provide us a bit of that.

It started off with his somewhat comical arrest stemming from the (allegedly accidental) theft of a cell phone charger from an Uber drive that did not go with his phone, though it should be noted that there were some elements of the case that are not so humorous.

But the fact that fans (and perhaps fans of opposing teams) went out of their way to send the first-year player cell phone chargers in the mail is pretty damn amusing in my book.

It was close to a month ago when Humphrey was arrested while visiting his old college stomping grounds in Tuscaloosa. He walked away from his Uber with a charger to his hotel, where he would later be confronted by police and arrested. But not before they checked to see if the charger went with his phone.

Humphrey shared an image on Twitter yesterday of a desk covered in phone chargers that he had received in the mail, writing, “had some unusual fan mail today”. His attorney contends that he has millions of reasons not to steal a charger worth $15. That, of course, doesn’t mean it didn’t happen.

The whole case is rather baffling, especially if it actually went down in the manner that has been described. Did a millionaire athlete just beginning his career really steal a cell phone charger from an Uber driver that did not even connect to his phone, meaning that it was otherwise useless to him? How did this devolve into a confrontation that involved a physical aspect at all? The Uber drives claims Humphrey took other cables from the vehicle as well.

The cornerback will have a preliminary hearing for his case on the first of March for the charge of third-degree robbery. I have a hard time imagining that this issue doesn’t get resolved rather quickly. It’s just too ridiculous otherwise.

Humphrey was the Ravens’ first-round draft pick, an underclassman who was not immediately projected to play right away. But with injuries to Tavon Young and Maurice Canady, he did play rather quickly. Jimmy Smith, one of their starting outside cornerbacks, was injured late in the year, and he then took over that role.

While he had his typical rookie struggles, the Alabama product overall had a solid rookie season, and the Ravens will certainly be looking to find ways to keep him involved in the defense in 2018. Likely, he will compete for a starting job with Smith (if healthy at the start of the year) and Brandon Carr, or possibly open in the slot.