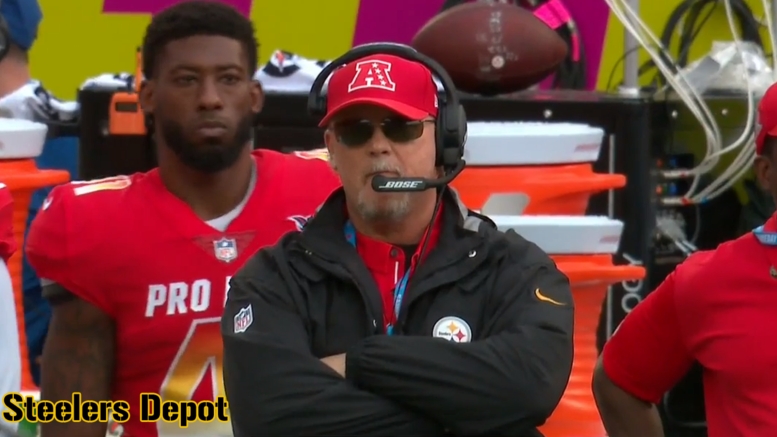 One of the most important questions that fans of the Pittsburgh Steelers have this offseason is what the offense is going to look like heading into 2018. While they are expected to return all or most of their key components from a year ago, they have shifted offensive coordinators, moving on from Todd Haley—now with the Cleveland Browns—and promoting quarterbacks coach Randy Fichtner in his place.

Fichtner was an offensive coordinator in the past, though at the college level. He took a job at Arkansas State to serve in that post in 1997, which is where he first encountered head coach Mike Tomlin, who was the wide receivers coach there for that season, and the defensive backs coach a year later.

Fichtner was in that post until 2000, after which he moved to Memphis and was their offensive coordinator and quarterbacks coach until he was hired by Tomlin in 2007 as a wide receivers coach for his initial staff.

But it has been over a decade since he has called plays, and he has never done it at the professional level before, so it is understandable that there are many questions about what his system will look like. And why many have looked for answers while he was coaching in the Pro Bowl.

In reality, it is difficult to know whether or not what we saw in that game will give us any indication of what we might expect going forward. Even his own players were a bit confused—he was coaching seven of them on the offensive side of the ball.

After the move was made to promote Fichtner, running back Le’Veon Bell mentioned how there were some different things about the terminology for being lined up in the backfield and related matters. Fichtner was asked about this during Pro Bowl practices and laughed it off, saying that the changes were to make the language universal for coaching players from all different systems.

On the first drive of the Pro Bowl alone, we saw a dual-sidecar backfield for a play-action screen pass with the right tackle and center as lead blockers, followed by a reverse handoff to a wide receiver attempting a pass about 30 yards down the field, and then a flea-flicker attempt that resulted in tight end check down.

Are these sorts of plays and others featured in the game indicative of some of what Fichtner intends to bring into the fold as the play-caller for the Steelers going forward? Really, the best that we can say right now is, ‘maybe’.

He did talk a bit about what he plans to do and noted that he will take some from what Haley did, even go back to some concepts from Bruce Arians’ offense, and that he will have some ideas of his own brought to the table as well. I’m sure many are excited and anxious to see it for themselves.