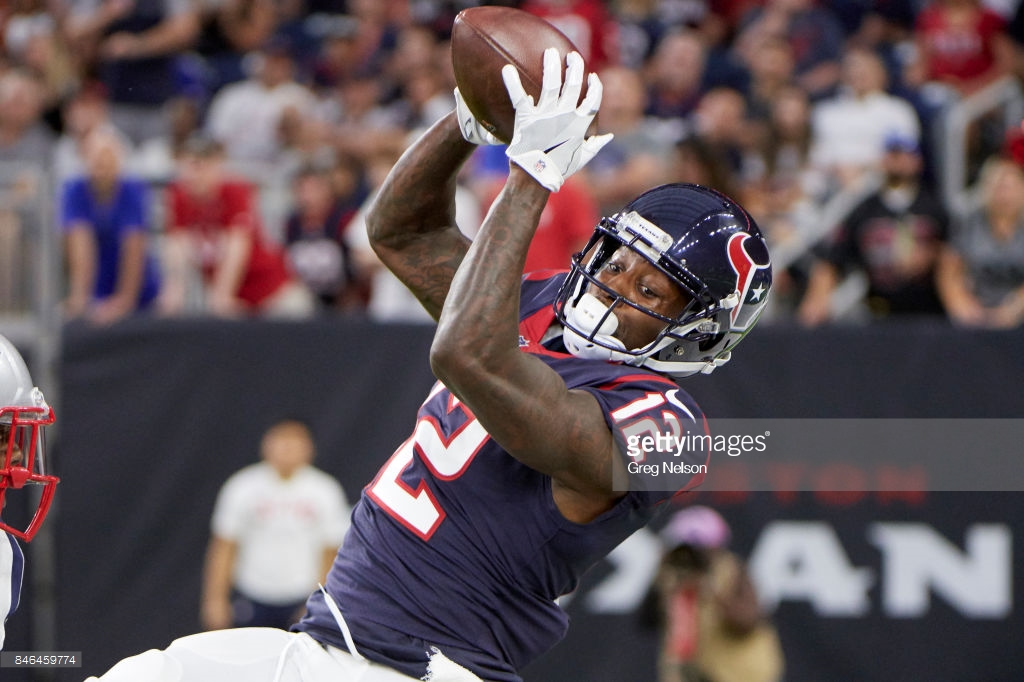 2018 free agency is just a few weeks away. We know the Pittsburgh Steelers aren’t in the greatest cap situation but they still could make a couple signings. As is their norm, don’t expect big-names to sign here, but there’s still players who could be available as cheap, depth signings. Like these guys, starting with the offense. The defense will be uploaded in a separate post.

Why It’s A Need: Minor need compared to others but the Steelers are missing a #3 on the roster.

Who Fits: One name I had in mind.

Benny Cunningham/Chicago Bears – I admit I didn’t watch him as much as I wanted to but he wasn’t used very often last year in Chicago. He’s always been an asset as a kick returner and offered something out of the backfield, though not much as a runner.

Since 2014, here are the RB leaders in 3rd down receptions.

In four years with the Rams, he averaged 27.1 yards on kick returns. He’s niche but pretty good at that niche. Good enough for me. After signing for the minimum last year, and being less productive, he’ll cost the same in 2018.

If I were GM, he’d be the #3 RB behind Bell and James Conner. He could work on third down if Bell ever needs a break and would be my Day One kick returner.

Bruce Ellington/Houston Texans – Ellington never completely worked out in San Francisco but resurfaced as a receiver last year with Houston. He caught 29 passes for 330 yards and two scores before landing on IR late in the year.

Couple reasons to sign him. For starters, as I’ve written, the Steelers need a return man. Ellington can return kicks and punts, though kicks is probably what he’s better at. In his first two years with the 49ers, he averaged nearly 26 yards per kick return. But I can envision him as the starter on both, avoiding Antonio Brown and knowing Eli Rogers’ future uncertain.

He’s versatile on offense, too. Played inside and out with Houston. Thicker frame at 5’9, 197 with strength to run through tackles. Tough guy who will make difficult catches over the middle and in traffic. Admire the toughness and physicality for someone people probably consider is small – makes him even more attractive on kicks.

Here, Ellington skies and adjusts to this throw on an out route Tom Savage had no business making. High points the ball and comes down with it despite four Cardinals surrounding him.

And watch this 31 yard KR from his rookie year. You see the toughness to go into the teeth of the coverage unit, the wiggle to break free, and how tough it was to bring him down.

Pittsburgh brought him in for a pre-draft visit back in 2014. We often see them target those players when they become available (Hightower, Green, Cockrell, Webb, to name a few).

If I was GM and signed him, he’d be my backup slot WR (JuJu shifts outside if injury to Brown or Bryant) and my Day One starter on both punts and kicks. Everything there is solved.

Michael Campanaro/Baltimore Ravens – A player the Steelers are familiar with and has had a decent amount of success against them. He’s similar to Ellington, though I like Campanaro less. Thinner frame and been less durable in his career. But he offers similar. Slot and outside, a bit gadget-y, someone that can be used out of the backfield and on end around/jets. He was a semi-replacement on the team after they lost Danny Woodhead last year.

He’s been limited as a kick returner, I think the frame prevents him from being used comfortably there, but succesful on punts, averaging 10.8 per return and running one back to the house. With the Ravens down eight and two minutes to go against Chicago, he went 77 yards the other way.

When the Ravens did need a return late in a half or a game, he was the guy they turned to. You can argue he’ll be capable of doing both are at worst, a top-notch backup on kicks. YAC threat who’s quick to the tuck and has a good feel for creating space working out of the slot.

If I sign him, he is my backup slot WR and seeing about 5 snaps a game doing some gadget stuff on offense. He’s also my Day One starting PR and possible KR, depending on how the rest of the depth chart looks.

Brandon Williams/Indianapolis Colts – Didn’t study the position too hard because if they add to the group, that guy won’t be guaranteed to make the team. Williams would be a strong blocker to compete with Xavier Grimble for the #3 spot. Wouldn’t have to use a draft pick to address the position (if you even want to in the first place). He caught 13 passes a year ago over 294 snaps.

He didn’t create many explosive plays, mostly used off boots, but he showed some soft hands and ability to win downfield. Nice adjustment to this pass behind him.

And watch him dig out the LB to help spring the back for six. Williams the TE in motion.

He also played 191 special teams snaps, most of anyone on that offense, though I wouldn’t envision him having a huge role in Pittsburgh. Kick return team probably and that’s about it.

If I sign him, he fights Grimble for the #3 TE spot. Loser gets cut. Goal line blocker and backup wing on the punt coverage team. Part of the “wedge” on the  starting kick return team.