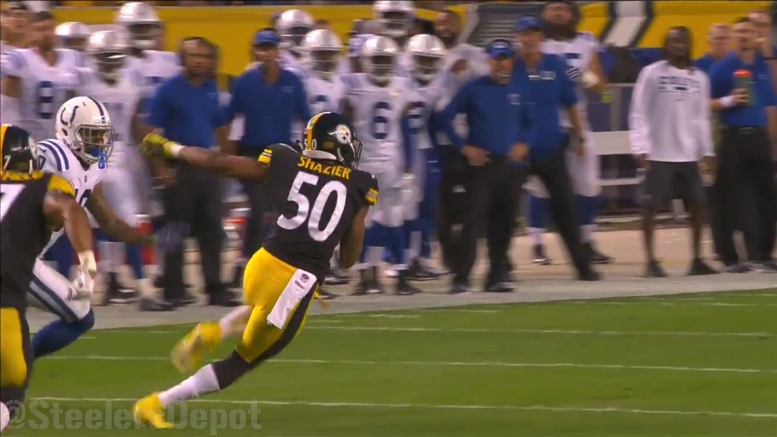 Though I don’t think it will come as a shock to anyone, Kevin Colbert confirmed today that Ryan Shazier will not play in 2018. Speaking at the podium at the NFL Combine, Colbert says Shazier knows that fact and the team does too.

Consistent with the message and support they’ve given him since his injury, Colbert said the team will support him in every way they can.

“He will be part of our team. Officially and really unofficially. He’s still with us day-to-day as he rehabs. He involves himself with the team and team issues so he can be a formidable member in 2018.” Colbert said.

He is also financially secure, guaranteed the 5th year option on his rookie contract. Colbert said he’ll end up on “a different type of list” for his injury in 2018. That determination will be made after the new league year begins in mid-March.

But Colbert did not rule out Shazier ever playing again. He relayed that Shazier considers his injury to be “year-to-year.”

Shazier continues to rehab and recover, spending nearly every day in the Steelers’ facilities. In his first interview since the injury, Shazier said doctors and therapists have been amazed by how quickly he’s recovered, showing progress day-to-day they usually see only week-to-week in other patients. He’s now able to stand, with some assistance, and is in a “walking routine.”

Kevin Colbert confirms Ryan Shazier won't play in 2018. Says he knows that, Steelers know that. They'll continue to support him in every way they can. "He will be part of our team." #Steelers