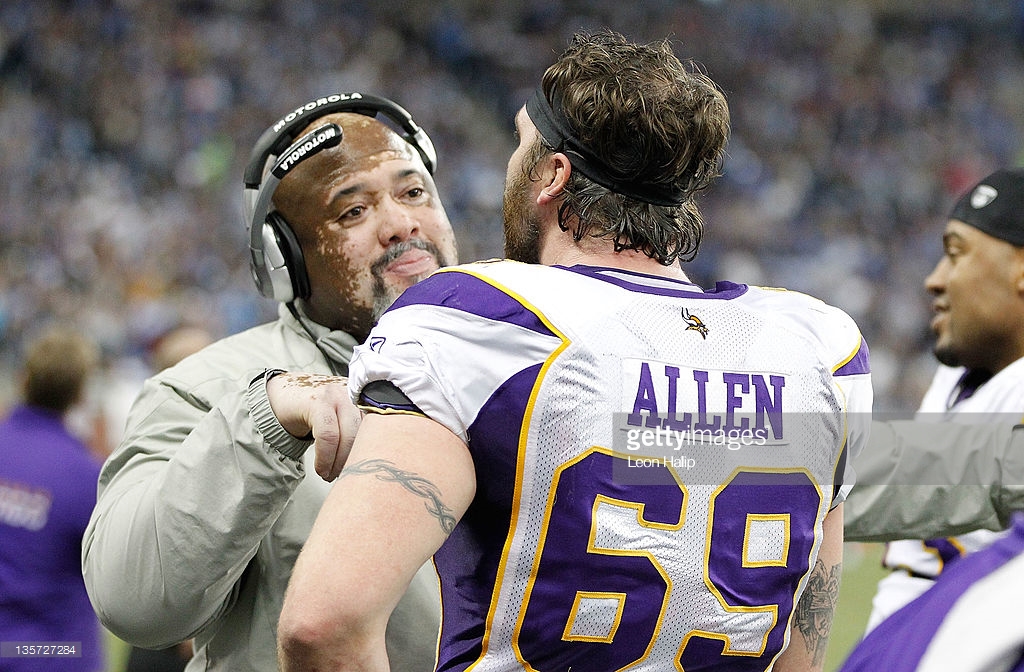 The Pittsburgh Steelers added not just one, but two new faces to the coaching staff yesterday with the hirings of Tom Bradley and Karl Dunbar for the posts of defensive backs coach and defensive line coach, respectively. Of the two—of the entire coaching staff—one of those faces happens to stand out more than the others.

That would be Dunbar, who has a skin condition by the name of vitiligo, and it is something that he likely has had to discuss at every stop along the way during his coaching career. It is quite easy to find a number of stories about the condition that happen to coincide with each new post.

While he was still with the Minnesota Vikings as their defensive line coach—he briefly coached under Mike Tomlin when he was their defensive coordinator in 2006—he talked about how he ‘got over’ his condition, which affects all ethnicities and genders and causes a loss of pigmentation.

Not that everybody understands that, which is one of the reasons that I wanted to write this article. I nearly wrote about Dunbar a few years ago on this topic, but it was too much of a stretch to tie it to the Steelers at the time. He got into fights in his youth and continues to get stares for his appearances because of a lack of understanding from others.

Dunbar was a talented athlete and was able to become a starter at LSU—where he just so happened to be coached by John Mitchell. It was then that he learned that most people weren’t so concerned about his appearance. “They didn’t want to know about skin”, he said; “they just wanted to know about how I was going to play that weekend”.

He said that it helped make it no longer a question. “Success on the field helped me have success socially”, and that continued beyond his playing career. He has also been active in the communities in which he has worked and has readily fielded questions about his vitiligo, which are unavoidable given its visibility.

While he admitted that he hates “the stares from older people”, who should know better, he said that self-esteem has never been an issue, and he has always has a strong network of support. He once used products to cover up his pigmentation inconsistencies, but no longer—even as it progresses.

He talked about how his diagnosis of sleep apnea indirectly aggravates it. He has to sleep with a mask on to help him breathe, and as the mask rubs against his face, it gradually loses pigmentation. His knees and other areas of his body of consistent wear have been practically white because of it.

When he was hired by the New York Jets in 2012, he took part in an article about it called “Seeing Beyond My Vitiligo”. It’s worth a read. He talked about becoming an advocate for the condition, noting how it can affect especially young people’s self-esteem and self-image. “By getting this message out”, he said, “I hope to help kids dealing with this skin condition not go into a shell, but thrive in their social growth”.

I think it is important that those who suffer from visual afflictions have public role models to help them understand what their condition is okay, and doesn’t define them. Dunbar’s is not the only ‘unusual’ face in the building. Linebacker Ryan Shazier, who suffers from alopecia, just last year penned an article about his experiences and how he wants to be a public face for it.

As with everybody else in life, Dunbar doesn’t want to be judged in his field—either positively or negatively—because of his appearance. Fortunately for him, his body of work with the Vikings, Jets, Buffalo Bills, and most recently the Alabama Crimson Tide, speaks for itself.