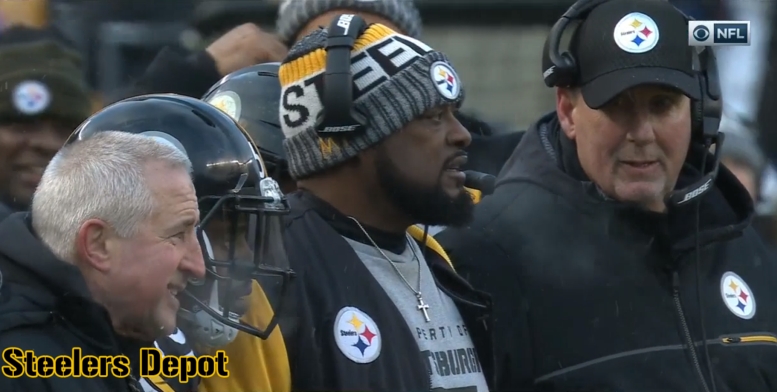 There are about 100,000 things wrong with the Pittsburgh Steelers currently, if some individuals are to be believed, none of which are resolvable without the prompt dismissal of head coach Mike Tomlin, who is under contract for something like three more seasons, if my memory is correct.

Needless to say, he would be replaced only by the finest candidates, such as Josh McDaniels and Leslie Frazier. They would immediately instill a disciplined and fundamental approach to the team that would transform them from a ragtag band of misfits to the talk of the town, propelling them back to their long-lost winning ways.

An especial target of criticism has been ‘the defense’, taken uniformly, especially when applied to the report, which has since gotten blown out of proportion, that Tomlin exercised greater control over the unit this season, which manifested itself in the form of running certain meetings with the defense and calling some plays during games, both of which are well within the purview of any head coach.

The initial reports of such things have subsequently been twisted to paint the situation as Tomlin taking over the defense and essentially reducing defensive coordinator Keith Butler—and possibly his position coaches under him as well—to little more than a figurehead.

Unsurprisingly, this was not actually the case, according to ESPN, with Steelers beat writer Jeremy Fowler noting in a recent article that Tomlin “was active in defensive meetings and from a planning standpoint”, but that “he didn’t micromanage the jobs” of the defensive coaches.

This was the information that he was told by an unnamed veteran player in the locker room. Given that Cameron Heyward spoke on the record elsewhere, I would surmise that he is not the unnamed player, though it is possible. I expect that if he were to have said it, however, he would have had no problem attaching his name to it.

In spite of his statistical success during the regular season over the course of his tenure, Tomlin certainly has his faults, as every coach does. That doesn’t mean that he doesn’t have an excessive share of detractors, who have used this characterization of his usurpation of defensive responsibilities as ‘yet another example’ of his incompetence.

Initially, the argument was cast that he would not alter his defensive coaching staff because he was stubborn and because he was running things anyway, though since that report—which was never something that Tomlin said directly to anybody on record—there have been two changes to the staff—one via resignation, and one via transition to a new role—with two new faces added to the mix.

With the exception of Butler, albeit in a different role, the defensive coaching staff is now entirely Tomlin’s by design. His linebackers are coached by those that he has picked in Joey Porter and Jerry Olsavsky. Tom Bradley will now handle his defensive backs, while Karl Dunbar will tutor his defensive linemen.

I do think that the 2018 season will go a long way toward defining what this defense is going forward, though the specter of Ryan Shazier and the method of replacing him looms large over the conversation. According to one member of the locker room, however, Tomlin is not running the ship alone, though he might be taking more turns at the wheel than in the past.