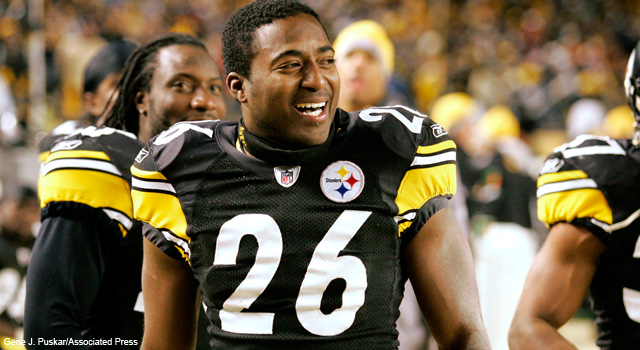 As I talked about earlier this offseason, former Pittsburgh Steelers safety—and defensive backs coach—Darren Perry has recently become available after spending a considerable amount of time working with the Green Bay Packers in the same position, most often under former Steelers defensive coordinator Dom Capers, who also parted ways with the team following the 2017 season.

Perry has been linked with the Tennessee Titans, though that has not yet been made official. The Titans, since hiring former Steelers linebacker Mike Vrabel as head coach, have parted ways with quite a bit of their staff, including former Steelers defensive coordinator Dick LeBeau, replacing him with former Baltimore Ravens defensive coordinator Dean Pees, who had retired.

Among the other members of the staff cast aside was former Steelers cornerback Deshea Townsend, who had been working with the Titans’ secondary under LeBeau for a few seasons. But he quickly landed back on his feet, signed by the New York Giants to be their assistant defensive backs coach.

It’s unclear exactly as to how much the Giants’ new coaching staff is actually flushed out since they have significantly revamped just about everything, but it was previously reported that former Miami Dolphins defensive backs coach Lou Anarumo will serve as their defensive backs coach.

Under previous head coach Ben McAdoo—since fired and replaced with Pat Shurmur—the Giants had a cornerbacks coach and a safeties coach, the former being Tim Walton and the latter Dave Merritt, neither of whom are believed to be with the team.

The new defensive backs coaches will have their hands full, dealing with a secondary that saw three different players suspended by the team for conduct detrimental. Janoris Jenkins, Dominique Rodgers-Cromartie, and Eli Apple all received suspensions by the Giants.

They are a talented group—which includes two-time Pro Bowler Landon Collins at safety—but the Giants clearly had major disciplinary issues on their team a year ago, which was chiefly found in the secondary.

As a player with the Steelers, Townsend recorded 21 interceptions with 85 passes defensed over a 13-yaer career, making 80 starts. He won two Super Bowls with the team, including as a starter in 2005.