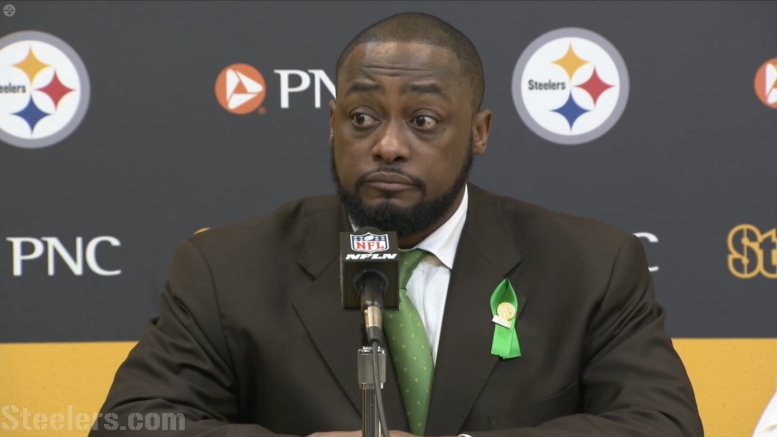 You know we’re getting closer and closer to the heart of draft season when you see these articles start to turn up. ESPN is now kicking around the idea that the Pittsburgh Steelers’ selection late in the first round would be fertile ground for quarterback-needy teams to trade up and get one—specifically Lamar Jackson.

While some think that Jackson has a better chance of making it in the NFL at another position—others say the same case could be made for Josh Allen due to their shared accuracy concerns—he is generally included in discussions about the top quarterbacks in this draft class, also including Sam Darnold, Baker Mayfield, and Josh Rosen.

In Mel Kiper’s second mock draft, he had the Steelers drafting Leighton Vander Esch out of Boise State, which would fill an obvious need, but in his entry in describing the pick, he also threw in a bit about Jackson, which caught the attention of fellow ESPN contributor Jeremy Fowler, who covers the Steelers specifically.

“This is also a spot where I could see a team trading up to grab Louisville quarterback and 2016 Heisman Trophy winner Lamar Jackson, who I think will be the fifth QB off the board”, Kiper wrote.

We are still a long way off from anybody actually coming off the board, of course. Literally months away. But it’s not unreasonable to think that a quarterback about whom many have questions might slide to late in the first round, and that is always an opportunity to make a trade, with the fifth-year option a valuable commodity to hold onto. The Minnesota Vikings did that with Teddy Bridgewater.

It’s also true that with the addition of being able to trade compensatory draft picks, we are seeing an increase in trades. During the 2017 NFL Draft, we saw more draft selections change hands than in any other year in history. And the only special thing about that draft was that it was the first year the 32 compensatory picks could be moved.

As Fowler points out, the Steelers did trade their fourth-round draft pick for Vance McDonald, and though they still got an early fifth-round pick back for it as well, they would still probably like to get something back, somewhere in the draft.

But the fact of the matter is that Pittsburgh has never traded out of the first round since before the days of Chuck Noll. They value building through the draft too much to take their first-round pick lightly. They have traded down in the first round, and they have traded up, but never out. Not since 1967 were they without a first-round pick. They traded that pick away for Tony Jeter and Lloyd Voss.