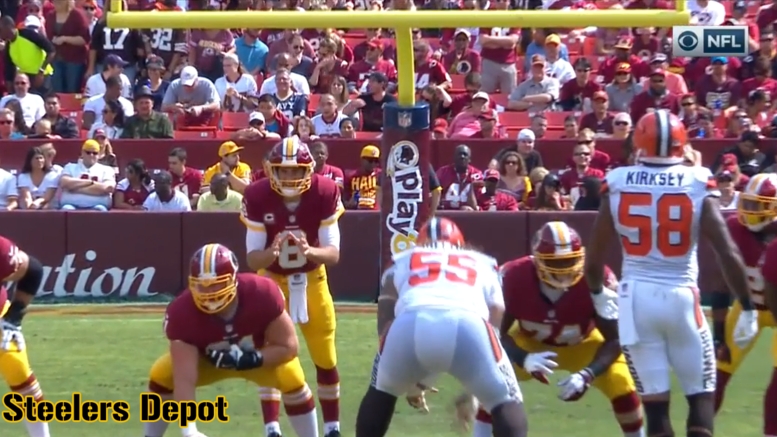 The Cleveland Browns have not been so good at acquiring quality quarterbacks, to put it mildly, but they are in a better position than ever to make a substantial rewrite of their recent history on that front. In spite of the fact that they have recently failed in spectacular fashion in this area, they appear to have both the ammunition and the ambition to make bold moves on the quarterback front in 2018.

During the offseason, going back even to the draft, the Browns’ front office tried and failed to get the New England Patriots to trade them Jimmy Garoppolo. It is still not entirely apparent what eventually got them to change their minds, but he was eventually dealt to the San Francisco 49ers, where he started and won the final five games.

That is part of the pitch they are going to sell to Kirk Cousins now that he is expected to become available. The Browns went hard to try to acquire Alex Smith, willing to give up a quality second-round pick, but Washington was able to get him instead, largely because they committed to a substantial contract extension for the 33-year-old.

It will be a hard sell, to be sure. After the Smith trade was announced, Cousins reiterated that his interest is winning. “I’ve had an opportunity to earn a good living playing football, so I want to go win”, he said. “That can be Washington. It really can. (Winning is) what I’ll be remembered for. That’s what’s going to matter”.

However, Mary Kay Cabot writes that acquiring Cousins could complicate their draft strategy. They hold the first-overall pick in the draft, where they are expected to draft a quarterback. Cousins, who wants to not just play, but also win, will not be looking for a spot where the idea is for him to be replaced.

Picking up somebody like him is not a bridge option that others such as Case Keenum, Sam Bradford, or even another stab at A.J. McCarron would be. It goes without saying that any team who uses the top pick in the draft on a quarterback is going to expect him to start sooner or later.

“The fact that Browns have that top pick makes the quarterback landscape tricky”, Cabot wrote. “They’ll either have to acquire a veteran who’s willing to try to stave off a rookie for a year or two, or make a big commitment to an elite passer and put the young QB on the back burner”.

Both general manager John Dorsey and head coach Hue Jackson have talked about having all options open at the position, and about wanting to pursue both a veteran and a rookie through the draft. That can be more complicated that it might seem at first.