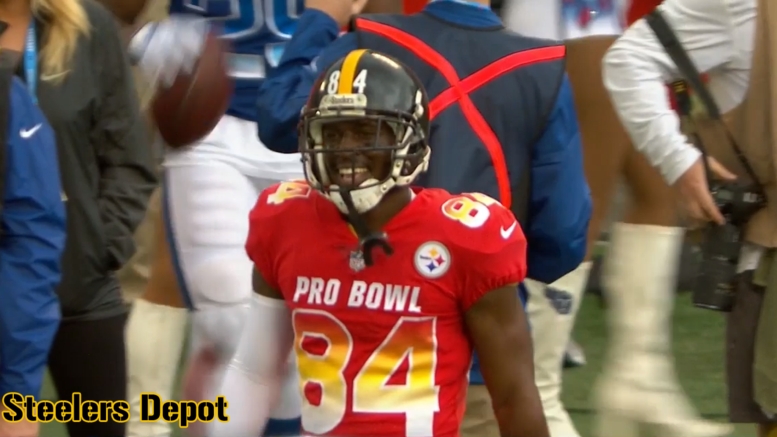 Coming in at 17 was David DeCastro, who won the site’s award for the best offensive lineman in the game. But he wasn’t actually the highest offensive lineman on the list. Cowboys guard Zack Martin checked in just ahead of him. according to the entry, it’s because the list takes into consideration postseason play, and they believe DeCastro struggled in the postseason.

“Pittsburgh’s David DeCastro was a first-round draft pick, so the expectations were always high and he has been a good player for a number of years, but this was the third consecutive year he improved his grade and the first time he has topped an overall PFF grade of 90.0, ending the year at 91.7 despite struggling a little against Jacksonville in the playoffs”, the site writes of the All-Pro.

“DeCastro didn’t allow a sack all season, and was only responsible for two knockdowns and 14 additional hurries over 17 games, while continuing his dominant run-blocking baseline”, it goes on. Each entry is accompanied by an ‘Elite Stat’ that helps to contextualize their placement, and for DeCastro it was noted that he was one of just two guards not to give up a sack while logging at least 589 snaps in pass protection.

Even if you did not read the title of the article, you would know who the other Steelers player was on the list. Wide receiver Antonio Brown checked in at number seven on the list, the highest of all wide receivers and the second-highest of all offensive players, behind only Tom Brady.

Like DeCastro, Brown won the site’s award for the best at his position for the season. “Antonio Brown has been rivaled at times for the title of the game’s best receiver”, the entry reads, “but he reinforced his claim to that crown this season and was incredible for the Steelers all year, earning MVP talk before he went down hurt against the Patriots in Week 15”.

“Brown led the league in receiving yards despite missing the final games of the season and also made multiple spectacular plays over the season, ending the year with an overall PFF grade of 93.9”, it concludes. Brown’s ‘Elite Stat’ notes that he was second among all wide receivers with 2.87 yards per route run on the season.

Quarterback Ben Roethlisberger, running back Le’Veon Bell, and defensive end Cameron Heyward were the other three Steelers on the top 101 players list, all of whom checked in between 54 (Heyward) and 71 (Bell), with Roethlisberger in between at 68.