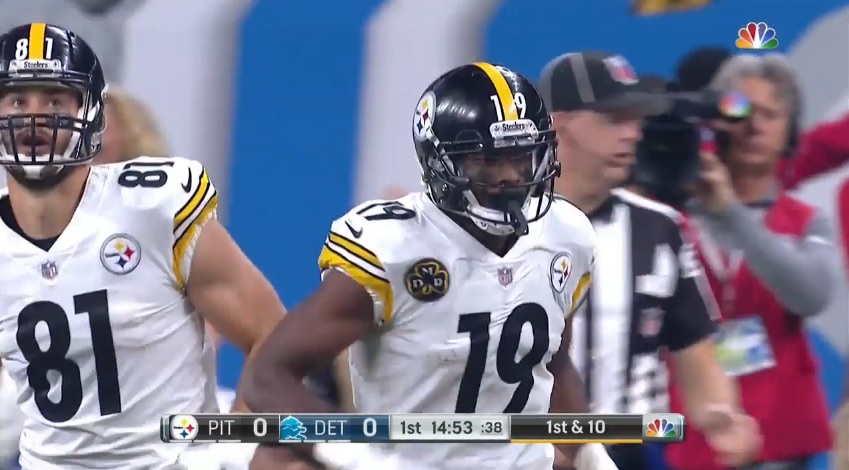 A lot of good plays this year. But it’s hard to top the longest play of the NFL season. On a national stage, JuJu Smith-Schuster made his name known to everybody. Knocked for his long speed coming out, he was one of the unlikeliest players to go the literal distance. But he took advantage of the man coverage he got, showed nuance in his route running to create space, and outraced everybody else to give the Steelers a much-needed 20-12 advantage.

My favorite part is that Forrest Gump “next thing I know I was running” trot he’s showing off on this mad dash.

Don’t forget that play came on third down on the Steelers’ own three. If they don’t convert and punt, there’s a great chance the Detroit Lions at least get a field goal on the ensuing possession, taking the lead back.  Sums up his stellar rookie year well.

Funny enough, his worst play came shortly after his best one. Pittsburgh had the chance to keep control of the ball early in the fourth and extend their lead, potentially sealing the game, but a JuJu drop kept the Lions alive. Was right there for it, open, but took his eyes off the ball trying to get upfield. That’s how you end with a drop.