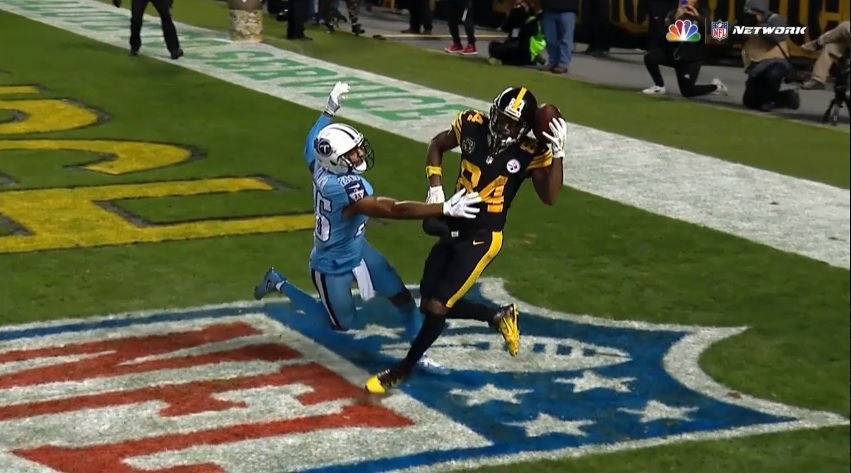 Best Play: All Of Them (But We’ll Go With His Helmet Catch Vs Titans)

Choosing a best play of Antonio Brown’s season is like choosing the best Golden Girl – an impossible mission (by the way, it’s Estelle Getty). So this one can go in about a hundred different directions. But I’ll go with the helmet catch he pulled off against the Tennessee Titans. A reminder that he makes the absurdly difficult look positively routine. Slot fade, track the ball, adjust to it, pin it to the helmet, secure it on the way to the ground. Easy, right?

His toe tap catch against the Green Bay Packers is right up there but Brown said after the game that felt like a routine grab and wasn’t the most difficult one he made on the night. So I’ll defer to him and put this one above.

Choosing a worst play from Antonio Brown’s season is like choosing the worst Golden Girl (answer: they’re all great). I don’t know which one was tougher, the best or the worst. He did have one or two drops but they’re so forgettable that I can’t even remember the specifics of who they were against. I guess you could choose the Gatorade cooler “incident” as his worst moment, though that wasn’t a play.

Call this recency bias or just frustration off a depressing loss, both are true, but I threw my hands up when Brown didn’t go out of bounds on the final drive in the playoff defeat to Jacksonville. Running clock pre-snap and time was much more important than yards. He took this bubble screen down the right sideline and tried to cut slightly upfield instead of taking a five yard gain and getting out of bounds. He didn’t score, didn’t reach the sideline, and instead of there being roughly 23 seconds left, the Steelers didn’t snap it again until there were ten.

A lot went wrong in the game and on the final possession and I get it – Brown was just trying to make a play. But if he gets out of bounds, maybe the Steelers wise up and kick a field goal. Or at least, have some more time to work with that would make a score and onside kick feasible. Instead, you know the story. A touchdown with all of one second remaining followed by a meaningless onside kick.

Brown going out of bounds probably doesn’t change the outcome of the game. But there would’ve been a chance and objectively, the better decision.