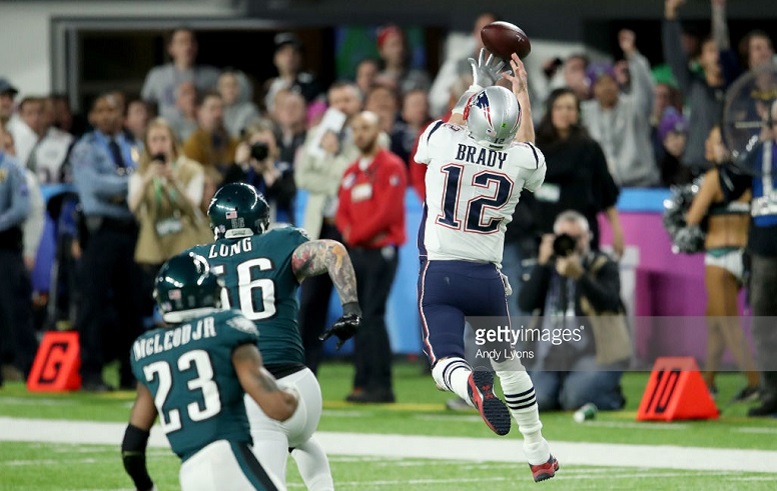 New England Patriots quarterback Tom Brady failed to catch a pass from wide receiver Danny Amendola on a 3rd down and 5 trick play during the second quarter of Super Bowl LII as the pass went right off his fingertips. Had Brady caught the pass he would have had a lot of running room and might even had scored. On Monday, Pittsburgh Steelers wide receiver Antonio Brown tweeted some advice to Patriots linebacker James Harrison, his former teammate, in regard to Brady.

@jhharrison92 tell your guy @tombrady I know he lost his trainer so if he want to get those hands right hmu this off season pic.twitter.com/E3MUhi1bKN

As you can see, Brown playfully suggested to Harrison that Brady should hit him up during the offseason so that he could potentially the Patriots quarterback with his pass-catching skills.

Brady, curiously enough, has caught two passes during his long career with the last one coming during the 2015 regular season season and against the Philadelphia Eagles at that. That play, as you can see below, was identical to the one the Patriots attempted to run successfully Sunday night during the Super Bowl.

I have a feeling that Brady won’t be taking Brown up on his offer.