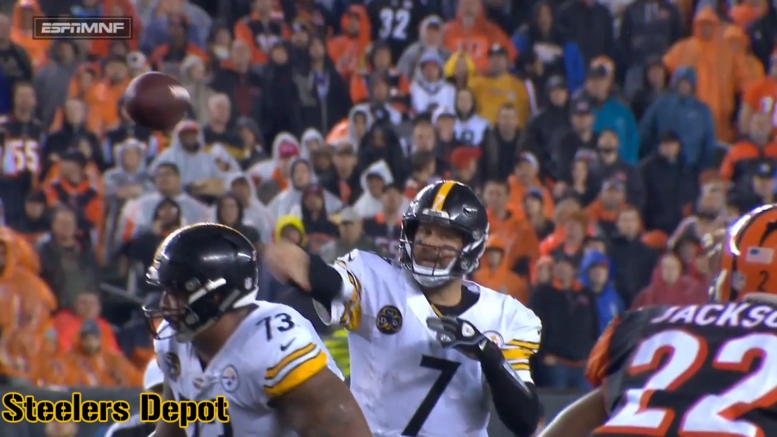 Yes, it would be fair to say that Steelers left guard Ramon Foster is getting a bit long in the tooth. The most veteran player along the offensive line both in terms of experience and age, the former undrafted free agent is preparing to play in his 10th NFL season, and will be doing so at the age of 32.

That said, he did not play as though he is at the end of his career. While his performance during the 2017 season was not quite as strong as in the past couple of seasons, during which he had played the best football of his career, Foster has remained a source of consistency for the team, both on and off the field.

Interestingly enough, the Steelers actually started out the year asking him to function as a pulling guard with relative frequency, though that task faded over the course of the season. While he is not the most mobile offensive lineman, he was generally able to fulfill his duties when asked to do this.

He remained a positive asset as a pass protection, working well with both left tackle Alejandro Villanueva and center Maurkice Pouncey, though he did have some issues in the games surrounding his injuries.

Where he had greater issues was as a run-blocker, as this was probably his worst season in that arena over the course of the past several years. He was beaten a fair number of times in 2017 that was not indicative of his recent performance.

His health is also something to consider, as he tends to be good for two or three missed games per season due to injury at this point in his career, and those injuries are beginning to mount, which can have a cumulative effect.

A minor though significant note is owed to the fact that he did not draw an accepted penalty in 2017, and is consistently the team’s cleanest offensive lineman in this regard.

One does have to ask how much longer he will be here, at least in the starting lineup. Foster is in the finale season of his contract and will hit free agency for the third time in 2018 as a 33-year-old. Might he return, and if he does so, will it be as a reserve?