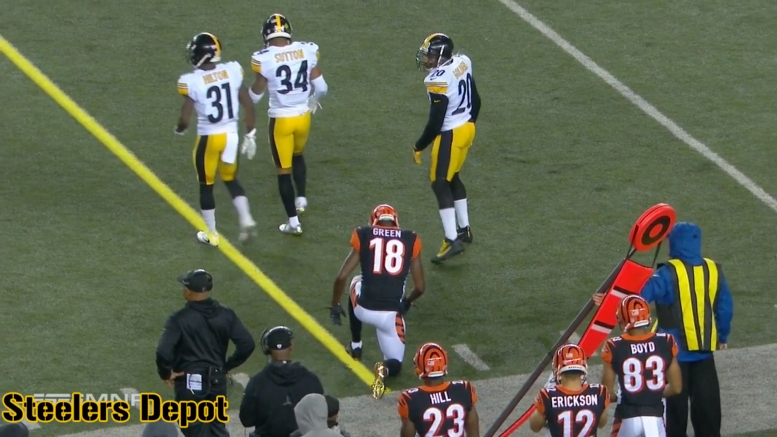 While we spend our days until next season brooding about everything that went wrong with the Pittsburgh Steelers—assuming that we don’t have anything else to do with our lives—we tend to miss the things that went right, or the things to look forward do for the future.

Steelers fans tend to take every early exit hard as though they don’t expect to be back and competitive a year later. I see no reason why Pittsburgh shouldn’t be in a similar or better position a year from now than where they were just now. But that partially hinges on having gotten other things right that we didn’t really see this year.

We are talking here about developing talent. Particularly at the cornerback position, where people have been demanding that the Steelers invest resources. They even managed to bring in talent via free agency, signing a starter in Joe Haden. And he should be even better next season when he actually has an offseason to work with the team.

But there are also four young cornerbacks, all brought in within the past two years, to be excited about. A lot of people are down on Artie Burns right now, but he is still a young, talented player who is developing. And perhaps they don’t need him to be a number one, shutdown cornerback. They just need him to be pretty good.

Mike Hilton was a 2016 undrafted free agent who found his way to the Steelers’ practice squad late that season. He ended up in the starting nickel role this season, and that’s not likely a role that he will give up easily after playing well in his first season.

But then there are the two players coming off their rookie seasons, who did not get a lot of opportunities to contribute. Cameron Sutton came in as a third-round draft pick, while Brian Allen, who only played on special teams, was added in the fifth round.

Sutton spent the majority of the year on injured reserve, only being activated in the second half of the season, but he did end up contributing and even starting a game while Haden was injured, and he showed some positive signs that bode well for his future. Could he potentially be a starter?

And what do they have in Allen? I think a lot of people are still holding out hope for what he can be. He is long, he is big, and he has the capability of playing physically, even showing those qualities on special teams.

But he is raw, and now he has been learning for a year. What sort of player can he be in year two—what sort of opportunities might he be given? Assuming that Haden is retained, will his be the only role that is not open for competition?

Regardless of what happens, I don’t think it should be overlooked that the Steelers actually have some talent at cornerback for once, and even future investments like Allen in the pipeline. They might not be stocked with Pro Bowlers, but given how dire the position has been in the recent past, this is a clear change. And perhaps they will continue to add to the talent pool.