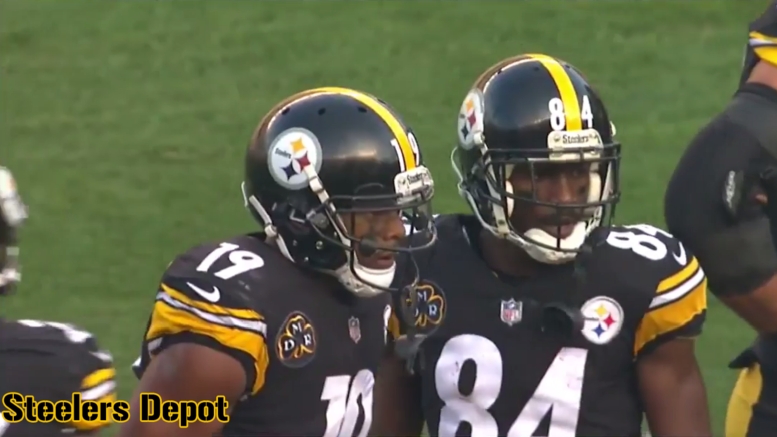 Whoever the Pittsburgh Steelers’ next wide receivers coach will be, he will be coming into a cherry job. I’m sure the post will be highly sought after, because it’s hard to imagine a better opening for anybody in the NFL.

Whether or not Martavis Bryant even remains in the mix—and it is increasingly sounding as though he has every intention of playing out the final year of his contract as the good soldier at the moment—the group of players the team will bring into next season offer a great deal to work with already, and who have already digested the teachings of Richard Mann.

It has to start at the top with Antonio Brown, the greatest wide receiver in the game, bar none. The run that he has been on over the course of the past five seasons is unprecedented in the NFL. He is at a level in his game that I’m sure even Mann acknowledges there is little for him to teach. It’s mostly maintenance and, perhaps, some ego-checking, from here on out.

Frankly, he already has the skill set that will allow him to compensate for diminishing natural talent later on in his career. His ability to subtly create separation both off the line of scrimmage and at the catch point are elite, and his instincts for the football up for grabs go beyond the call of duty.

There are not enough superlatives to fully describe Brown’s talent, so I won’t bother to try. But it sure is fun to talk about his young understudy, JuJu Smith-Schuster, who did at 20 years old what few had done before him in the history of the game.

In 14 games, the rookie recorded 58 receptions for 917 yards and seven touchdowns. This is clearly the makings of the team’s first pair of 1000-yard receivers since 2009, when Santonio Holmes and Hines Ward did it. And perhaps Ward will be the one coaching them.

Bryant will be even better next year than he was last year. He was clearly coming on late in the season, which included connections on three deep balls over the final four games. It may be hard to find enough targets to match the talent that exists at the top.

The group does tail off a bit beyond the top three. Eli Rogers should return, and he left off the season on a positive note, at least, to build from as he tries to find his new role in the offense. If Darrius Heyward-Bey returns again, it won’t be for the offense.

Perhaps the new wide receivers coach will get yet another young wide receiver to coach in the middle rounds of the 2018 NFL Draft. After all, Bryant will be gone after this season, so it would make sense to add another player into the mix. Marcus Tucker is also a player that should not be forgotten about.