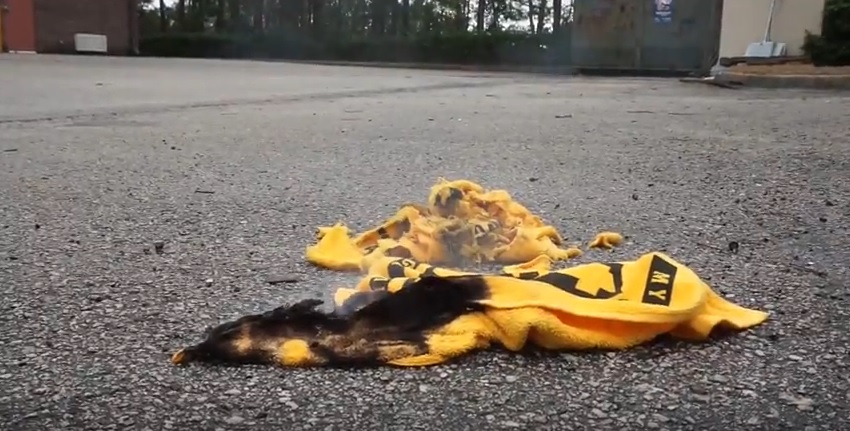 One thing the rest of the football world needs to know? Never disrespect the Terrible Towel. That thought was apparently lost on Toni Foxx and John Scott, hosts of the Jax Big Show on 99.1 WQIK, a country station in Florida.

Their “clever” idea? Make a video showing all the ways you can desecrate a Terrible Towel. It starts off silly but by the end, they light one on fire.

As I’m sure I don’t need to tell you for several reasons, this is a baaaaaad idea. Though the Towel’s curse has mostly been player induced, which we’ve covered before, Jaguars’ Nation (all five of them) are playing with metaphorical fire. History isn’t kind.

And the Towel does a lot of good. Proceeds from its sales go to Allegheny Valley School, which helps students who have disabilities. From this 2015 Steelers.com article, after Super Bowl 40, the team presented the school with a $1 million check from the years sales alone.

Radio shows are supposed to be a little dumb. But this is just tasteless. And if we look at what’s happened in the past, it’s going to come back and bite them. Bunch of jagoffs.

You can watch this Windows Movie Maker trash below.