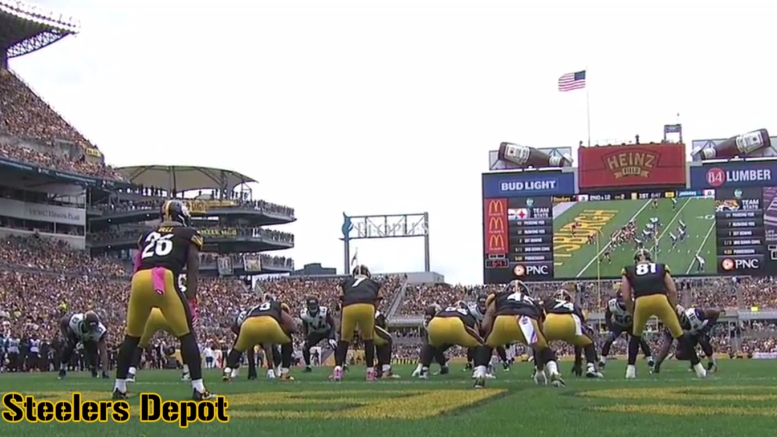 “That game for our entire group was a watershed moment”, offensive coordinator Todd Haley said over the week of practice, according to Jeremy Fowler. “A lot of outside factors that could have been divisive for our group”, he added.

The Steelers have had no shortage of ‘factors’ this year, but inside and outside, though I’m not quite sure what ‘outside’ factor he may have been alluding pertaining to the Jaguars game specifically. Perhaps he meant to reference the aftermath of the game, including quarterback Ben Roethlisberger’s post-game remark that caught nationwide attention.

But the experience served as a galvanizer for the unit. Of course they have still continued to wade through the extracurricular, but on the field, since then, the Steelers have been one of the better offenses in the league.

“Take my hat off for my guys”, Haley told the gathered reporters. “They stuck together. Bad football, probably not as bad as it appeared. How we responded to it was very critical. Our guys handled adversity well and moved forward”.

The Steelers have managed to avoid an encore stinker since then, but they also have not faced a defense as good as the Jaguars’ since then, and this is a Jacksonville team that since then has added the stalwart run-stopper on Marcell Dareus, whose arrival has had a clear impact on their rush defense numbers.

One lesson Haley had taken away from the first game is the need to be more mindful of the Jaguars’ post-snap movements around the pocket and how to manipulate that, if necessary. The Steelers had a number of balls batted or routes jumped because of Jacksonville’s defensive speed and eyes in the backfield.

But the veteran offensive coordinator is only looking ahead to tomorrow afternoon’s game and is not too interested in continuing to digest the last game between these two teams, which at this point occurred a number of months ago.

“In this league, you have to be getting better every week”, he said, which is a theme that head coach Mike Tomlin repeatedly echoes, year in and year out. “The execution got cleaner and cleaner”, Haley noted.

Yet it’s “no different than any other week”, he added. “We have to get better this week”, as with every other week of the season. The process doesn’t change just because they are now into the elimination stages. You get better than you were the week before until there is no more football left to play.