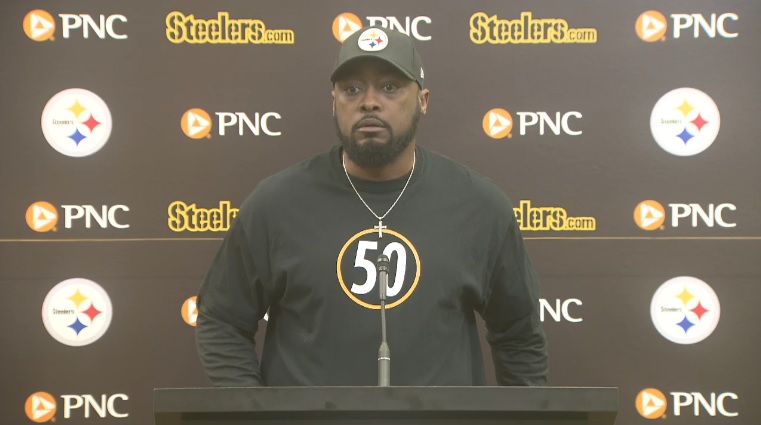 Rust is real. At least, that is what the Pittsburgh Steelers were saying after they came out looking anemic against the lowly Indianapolis Colts in the first half of their first game on the other side of the bye week earlier this season.

As Ed Bouchette expertly recounted in a recent article, Antonio Brown said after the game that the team “came out a little shaky” following the bye week. David DeCastro added that the slow start to the game might be attributable to “trying to get the rust off” after the extra week of rest.

In spite of the fact that Mike Tomlin said last week that he doesn’t “buy into” the talk of rust following time off, he was saying something rather different during his post-Colts game press conference. “Sometimes you are going to start slow coming out of a bye”, he said. “You hate it. You hate to even acknowledge it, but you acknowledge that it exists”.

That doesn’t sound like somebody who doesn’t believe in rust coming off of extended time off. Nor do the actions that he has taken during this bye week, skipping the Wildcard Round and heading straight into the Divisional Round.

There are differences when it comes to the Collective Bargaining Agreement between what is allowed during a regular season bye and a postseason bye, with the former far more regulated. This past week has been a normal week of practice.

But it was also a little more. With no game to play, Tomlin put his players through practice in pads twice during the week, according to Bouchette. The rules, again, are different when it comes to the extent to which pads can be used during the regular season, but this is obviously a way to manage potential rust from a lack of contact for an extended period.

Nobody sounds worried now, but nobody ever goes into a game coming off a bye week talking about how fearful they are about not being sharp. Those quotes come after a game when the rust actually shows, as exhibited by the above quotes from Tomlin, Brown, and DeCastro.

But there is also a difference between a regular season bye and a postseason bye. By the latter, a full season has already been played. “I could see if it was at the beginning” of the season, Maurkice Pouncey told Bouchette, “but now you’re so locked in and ready to go out there and play that it kind of just comes to you”.

And nobody would turn down a first-round bye, it should go without saying. That is one less game that you have to win en route to the Super Bowl. One game deeper into the postseason that you get to play at home. Those are advantages that vastly outweigh any rust.

That doesn’t mean there won’t be any at all, especially for those who have not played in three weeks or longer. But it shouldn’t be any excuse for a poor performance, let alone a potential loss.