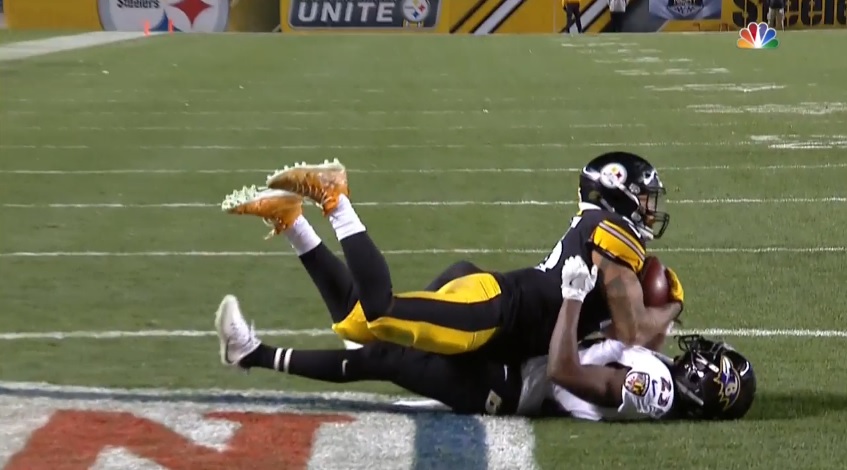 The 2018 Pro Bowl festivities will be getting underway this week and Pittsburgh Steelers fullback Roosevelt Nix will now be taking part in them.

On Monday, Nix was named to the AFC Pro Bowl team, replacing New England Patriots fullback James Develin, who is now preparing to play in the Super Bowl.

Nix, who played 182 offensive snaps during the regular season, finished the year with three carries for zero yards, even though he scored a one-yard rushing touchdown, the first of his career. The former undrafted free agent out of Kent State also had two receptions for six yards, including the first receiving touchdown of his career.

On top of being a solid fullback, Nix has also proven during his career that he’s a solid special teams player. He was credited with 10 total tackles on special teams this season.

Nix will now be on an AFC Pro Bowl team that will include several of his Steelers teammates as quarterback Ben Roethlisberger, running back Le’Veon Bell, wide receiver Antonio Brown, guard David DeCastro, center Maurkice Pouncey, tackle Alejandro Villanueva, kicker Chris Boswell and defensive end Cameron Heyward are still all scheduled to play in the annual NFL All-Star game. Steelers linebacker Ryan Shazier won’t play in the game, however, due to him still recovering from a serious back injury that he suffered during the season. The AFC team will also be coached by the Steelers staff this year.

The 2018 Pro Bowl will be played at Camping World Stadium on Sunday, Jan. 28 at 3 p.m. The game will be televised on ESPN and ESPN Deportes, and simulcast on ABC.