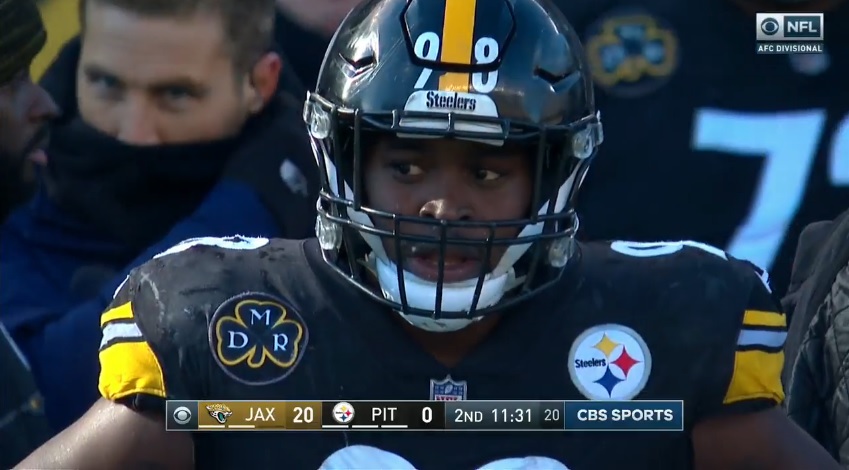 If you like Stats of the weird, let it be a pick-me-up after today’s terrible loss. Because despite the Pittsburgh Steelers being bounced, there was A LOT of weird.

– First, the score. Jacksonville’s 45 points are tied for the most ever allowed by the Steelers in a playoff game. The 1984-1985 Miami Dolphins beat the Steelers 45-28.

They’re the only two teams to put up 40+ on Pittsburgh. Dan Marino, Blake Bortles. Fun.

– The 87 combined points is the most in Steelers’ playoff history. Again, second place was that Dolphins game of 70, so this is blowing it out of the water.

– In two wins over the Steelers, Bortles completed 20 passes and threw a grand total of one touchdown pass.

– The 164 rushing yards allowed by the Steelers’ defense is the most given up in a postseason game since 1996, when the New England Patriots racked up over 190, led by Curtis Martin’s 166.

– It’s only the second time ever they’ve given up four rushing touchdowns. The other came in 1983-84 against the Oakland Raiders.

– As you’d expect, Ben Roethlisberger set a franchise high for pass attempts in a playoff game with 58. Obliterated the most passing yards in a game with 469, breaking Neil O’Donnell’s 349 mark. Five passing TDs breaks Terry Bradshaw’s mark of four, which he set in the 1978 Super Bowl over the Dallas Cowboys.

– Vance McDonald has done something Antonio Brown has never done. Catch ten passes in the playoffs. McDonald is the first Steeler with ten since Hines Ward in 2007. Ward, Andre Hastings, Franco Harris, and John Stallworth are the only others to do it. Quite a bunch.

– But Antonio Brown was brilliant too. He is the first Steelers’ WR to catch two TDs in a playoff game since…Antonio Brown last year. And the second with multiple such games in franchise history (Stallworth). Before him, it hadn’t been done since Hines Ward in 2002-2003.

– Back to the bad. Jacksonville ran 61 plays today. Only one of those went for negative yards – Blake Bortles’ first half kneeldown.

– As I wrote earlier, Jacksonville was terrible on 3rd downs coming into today. Sunday? 8 of 14.

– Situational football. Jaguars were 5/5 in the red zone today. Ouch.

Thanks for reading these all year long, Steelers’ Nation. One of my favorites to write. Even on ugly days like today.