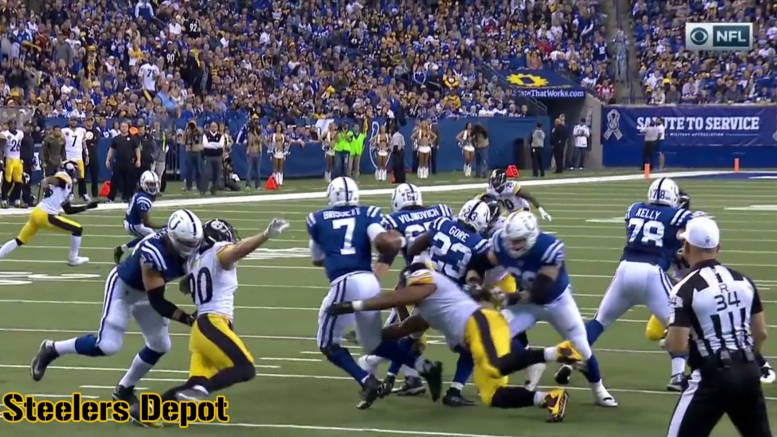 Though they came far short of their ultimate goal, many aspects of the 2017 season—specifically the regular season—went very well for the Pittsburgh Steelers. They posted a 13-3 record, frequently showing resolve through adversity, and they had a number of big performances from both young and veteran players smattered throughout.

In fact, when all was said and done, they ended up with the most players in the Pro Bowl by a good margin. They earned a total of 10 nominations for the Pro Bowl, including eight outright votes in the initial roster and two additional players that made it as alternates—both of whom, by all accounts, were quite deserving.

Among those Pro Bowlers was a trio that have been there now six times. Quarterback Ben Roethlisberger, wide receiver Antonio Brown, and center Maurkice Pouncey are the been there, done that guys. David DeCastro at right guard has now been to the Pro Bowl three times himself, as has running back Le’Veon Bell. Ryan Shazier, who obviously did not play in the game, made his second Pro Bowl.

For Alejandro Villanueva at left guard, kicker Chris Boswell, fullback Roosevelt Nix, and defensive end Cameron Heyward—the latter two being the alternates—this was their first appearance for all of them. And the 10 Pro Bowlers was the second-most that the team has ever had in franchise history, behind only the 1975 season when they had 11 players in the Pro Bowl.

The Steelers are clearly a talented roster. They also have a lot of key young contributors. Every year we attempt to identify players who are likely to make the jump to Pro Bowl status the following season—this year they had four make the jump—so it is time to do that again in anticipation of the 2018 season.

It would probably make sense to start with right tackle Marcus Gilbert, whom the team has felt has been worthy of the Pro Bowl for years now. He is coming off an injury-plagued season during which he was also hit with a four-game suspension, but he played quite well when he was on the field. Given the team’s, and the line’s, status, he is likely to receive some courtesy votes anyway, having just sent three starters to the Pro Bowl.

Defensive end Stephon Tuitt would be another obvious possibility. He clearly has the talent, but he has to stay on the field and has to be more successful in finishing plays. Cornerback Joe Haden has already been there with the Cleveland Browns, so he has to be in consideration.

This might be scoffed at right now, but if he cleans up his game, Sean Davis can be a Pro Bowler. He put up three interceptions and two forced fumbles in 2017 while leading the team in tackles—and probably way up near the top in missed tackles, too.

How about T.J. Watt? While he has to get more pressure on the quarterback, he has the potential to post double-digit sacks in addition to adding a handful of turnovers. He had an interception and a forced fumble as a rookie, and even blocked a field goal.

A bit of a darkhorse possibility is Vance McDonald at tight end. I believe he has a lot of skill, but there is no way he can show it without staying healthy. a full season working with Ben Roethlisberger could put up Pro Bowl-worthy numbers, though, and he can also block.