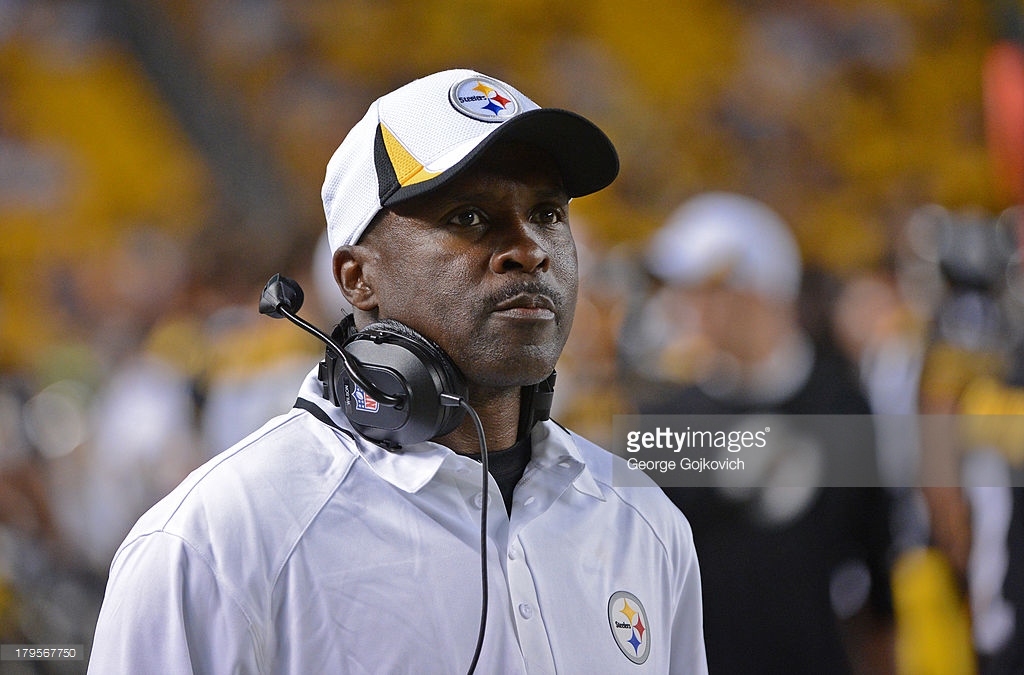 With the Pittsburgh Steelers now deciding to move on from offensive coordinator Todd Haley the obvious candidates to replace him are either current quarterbacks coach Randy Fichtner or offensive line coach Mike Munchak. With that said, Ed Bouchette of the Pittsburgh Post-Gazette reports Wednesday on Twitter that the team’s former running back coach, Kirby Wilson, might also be a candidate for the vacant position.

Kirby Wilson, RB coach under Tomlin his first 7 seasons with Steelers, is another candidate to replace Todd Haley as OC.

Prior to Wilson’s departure from the Steelers in 2014, Wilson was viewed as the team’s offensive coordinator in waiting behind Bruce Arians. However, life-threatening burns from a kitchen fire in 2012 caused him to miss the opportunity as the Steelers chose to hire Haley for the job once Arians was jettisoned after the 2011 season ended.

Since leaving the Steelers in 2014, Wilson has been the running backs coach for the Minnesota Vikings for two seasons and with the Browns since 2016. Prior to his stint with the Steelers, Wilson spent time as the running backs coach of the New England Patriots, Washington Redskins, Tampa Bay Buccaneers and Arizona Cardinals. In the middle of those stints with those four teams he was the wide receivers coach at USC for one season in 2001.