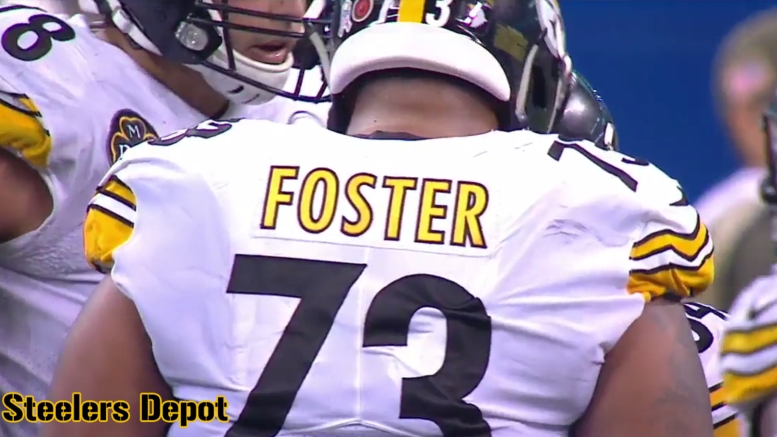 Controversy is no stranger to the Pittsburgh Steelers recently.

It began in the locker room early in 2017 when wide receiver Antonio Brown posted a video to FaceBook of a postgame speech from head coach, Mike Tomlin after a playoff game versus the Kansas City Chiefs. Shortly after the AFC Championship loss to the New England Patriots, quarterback Ben Roethlisberger came out and said he was uncertain about his future. Running back Le’Veon Bell did not participate in training camp because of contract issues. Linebacker James Harrison began falling asleep in meetings a couple weeks into the 2017 season. Tomlin was quoted in an November interview already looking ahead to the 2018 AFC Championship Game rematch versus the Patriots. The list goes on and on. It was a tumultuous 12 months for the Steelers organization.

Steelers offensive lineman Ramon Foster appeared on 93-7 The Fan yesterday morning and touched on the drama that plagued the team this season. He was asked if these issues should be addressed as a whole this offseason. Foster thinks so, but he wants it to solely stay between the team.

“Yea, I feel like those kinds of conversations will have to happen this upcoming year. In an in-house type of way also. I don’t want anybody to know about what’s been said or when it was said or maybe some guys will grow from it so it doesn’t have to be said moving forward. I’d rather it be ‘plain Jane & bland’ the rest of the way whenever we’re dealing with this type of stuff”, said Foster.

Foster was asked about his role in the locker room and if his veteran leadership will show this offseason regarding the drama. His answer about what needs to be addressed was short and simple.

“It will be some stuff that has to be cleared up about our operation”, he said.

Foster also discussed Bell speaking out about his contract situation just days before the AFC Divisional matchup against the Jacksonville Jaguars. He gave Bell the benefit of the doubt, supporting the team’s All-Pro running back.

“Could he have said ‘you know, I don’t want to talk about it’, yea, but I think everybody knew that at the end of the day that he has a big contract situation coming up so it shouldn’t be as if it’s a surprise or it’s a distraction. I think Le’Veon still went out and had a good game [against the Jaguars]. I don’t buy into that kind of stuff. I support Le’Veon and what he said because he was asked a question. Me being on the inside, it didn’t bother me whatsoever”, he answered.

The team will avoid any offseason drama with Roethlisberger as they received some good news after their playoff loss. Big Ben is taking a different approach to this offseason. He is not going to make anyone wonder or wait. The future Hall-of-Fame quarterback will return in 2018 for his 15th season.

“That makes me want to roll with him. I enjoy having the comfort to know that I have a franchise quarterback to come back and play for. The comfort is coming in and knowing that I have a shot to win in a lot of games and win a championship because I have Ben Roethlisberger”, Foster said of Roethlisberger’s return.