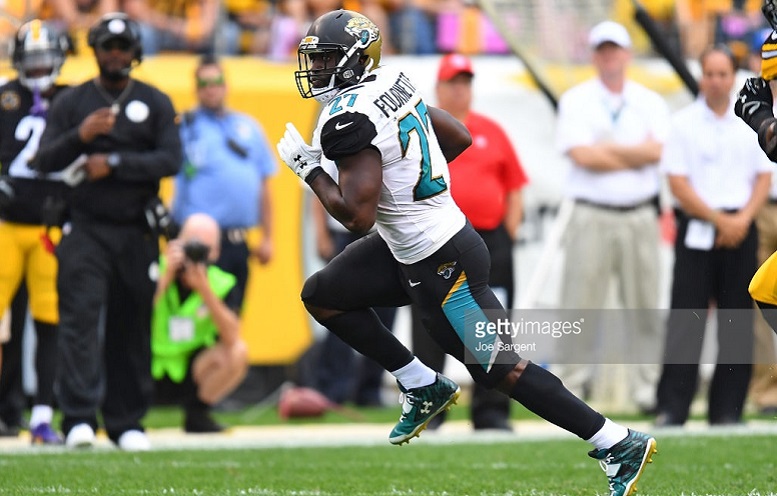 Ahead of Sunday’s Divisional Round playoff game between the Pittsburgh Steelers and Jacksonville Jaguars it’s easy to look back at the rookie season that running back Leonard Fournette had for his Florida-based team as a successful one. After all, Fournette rushed for a little over 1,000 yards during his rookie season and had 9 rushing touchdowns. Additionally, the LSU product rushed for 100 yards or more in a single game five different times during his rookie season.

With those stats above noted, Fournette’s rookie season, when split into two different parts, tells a totally different story. In fact the Fournette that the Steelers defense had problems stopping back in Week 5 might not be the same Fournette they’ll face in the Sunday rematch.

For starters, Fournette rushed for 596 yards and 6 touchdowns on 130 carries in the Jaguars first 6 games of the season. That 4.6 yards per carry average, while solid, doesn’t paint the entire picture as 195 of those yards came on three carries. In short, Fournette had a successful run rate percentage of 37.4% in those first six games of his rookie season.

An ankle injury forced Fournette to miss the Jaguars seventh and eighth games of the season and a bye week was even sandwiched in between those two games. From Weeks 10-17, Fournette played in seven games and while he did rush for more than 100 yards in a single game twice during that span, he gained all of 444 yards on 138 total carries. While his 3.2 yards per rush average tells a lot of the story, you might like to know that Fournette’s successful run rate in those final seven games was a lowly 30.9%. If that’s not enough, 23.2% of Fournette’s 138 total carries during those final seven games resulted in either no gain or lost yardage.

So, how did Fournette play in the Jaguars first playoff game this past Sunday against the Buffalo Bills? Not great.

Fournette rushed for just 57 yards on his 21 total carries against the Bills and 26 of those ground yards, nearly half, came on two separate runs. One of those two runs, a 10-yard gain on 3rd and 13, came with 2:17 left in the game and was Fournette’s final carry of the contest. While 10 yards is 10 yards, that run still goes in the books as an unsuccessful one and the Jaguars punted on the ensuing 4th down.

In total, 7 of Fournette’s 21 total carries against the Bills wound up being successful runs. However, on three of those he gained 2 yards each time.

Is Fournette still hampered by his early-season ankle injury or the quad injury that forced him to miss the Week 15 game against the Houston Texans? Did he hit the proverbial rookie wall? It’s hard to say for sure. Regardless, the version of Fournette that the Steelers will face Sunday at Heinz Field is certainly not as good as the one that they faced back in Week 5. In short, the Steelers defense should be very embarrassed should Fournette ultimately have a solid game Sunday at Heinz Field. 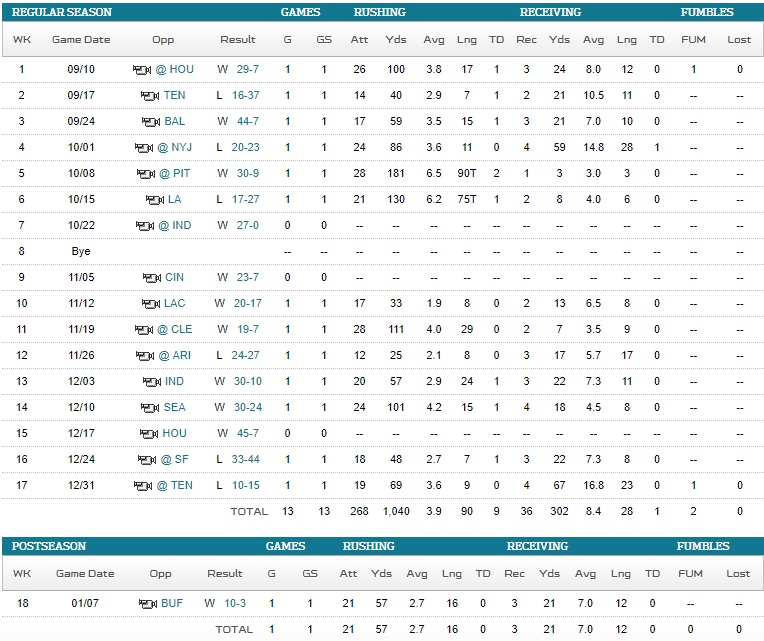