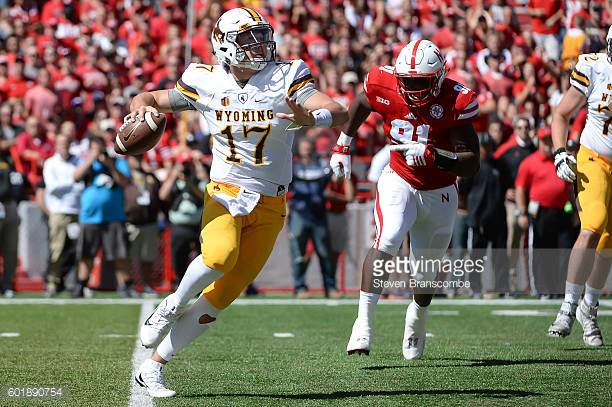 Mock drafts are just that – a mock, a guess, speculation, especially this early on in the process. But could the Pittsburgh Steelers take a quarterback in the first round, finally honing in on their replacement for Ben Roethlisberger? It’s possible. And that’s how it plays out in Yahoo’s latest mock draft.

Posted a few days ago, the mock has the team taking Wyoming QB Josh Allen 29th overall. They write:

“A perfect fit for the highly skilled-yet-remarkably raw gunslinger — Allen could benefit from playing behind Ben Roethlisberger for a year or two, not unlike how Patrick Mahomes has benefited in Kansas City through his first season. The Steelers have interest in Allen.”

The Steelers have sent scouts to at least a pair of Allen’s games based off what’s being reported, though there’s an element of due diligence at play, too. Allen will get plenty of Roethlisberger comparisons for their size, mobility, and toughness.

But Allen is also a divisive prospect. Full of physical tools that didn’t always translate on the field, media analysts don’t seem as high on him as rumors and sources from inside the league. He completed only 56.3% of his passes this year with only 16 touchdowns. His interception rate did drop from 15 to six but he definitely didn’t have the season people expected him to.

Worse yet, Allen struggled against top competition. A 24-3 opening loss to Iowa where he threw for under 175 yards and tossed two picks. Even uglier against Oregon, going 9/24 for 64 yards and a turnover. And he completed under half his passes vs Boise State in a 24-14 loss.

Allen is expected to attend the 2018 Senior Bowl as a junior graduate. We’ll be there to cover him in what’s going to be a critical week for his draft stock. The Steelers are expected to have interest in taking a QB high again and you can expect Allen’s name to be thrown into the conversation all year long.