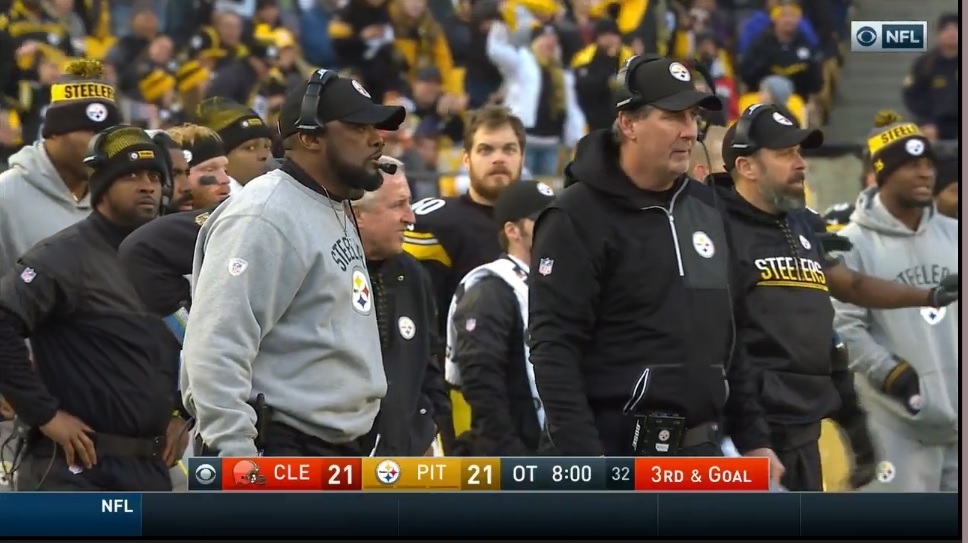 Mike Tomlin would not commit to keeping his coaching staff intact at his year-end press conference. And given the chance to defend coaches like Todd Haley, Tomlin appeared to deflect.

Tomlin was asked to comment on Ben Roethlisberger’s relationship with Haley. He didn’t offer much of an answer, saying he was still gathering information.

“I’m gathering information on all relationships and things of that nature. That’s what this assessment is all about. I’m not ready to state opinions about the nature of any of our relationships. Whether I’m assessing it in terms of what transpired or what’s going to transpire going forward. That’s where I’m at right now.”

Asked if he was happy with how the offense developed under Haley, Tomlin said “he doesn’t have any definitive answers.” The offense struggled out of the gate but played to their potential the back half of the year, including the playoff game.

To be fair, Tomlin playing coy and not giving a straight answer to something considered a “global” question is pretty standard for him. But to state the obvious, Tomlin had the chance to defend Haley and side-stepped the question.

It certainly wouldn’t be a shock to see some coaching staff changes made, even if they aren’t with the coordinator position. Some positional coaches could be on the chopping block, starting with Joey Porter and Carnell Lake, whose units underperformed this year. Wide receivers coach Richard Mann is also likely to retire, though Tomlin stated he hadn’t yet talked to Mann since Sunday’s loss.

On his radio show Tuesday morning, Roethlisberger advocated for having the “least amount of change” with the coaching staff as possible. But Tomlin has clearly left turnover as a possibility and frankly, that’s something this team needs right now.