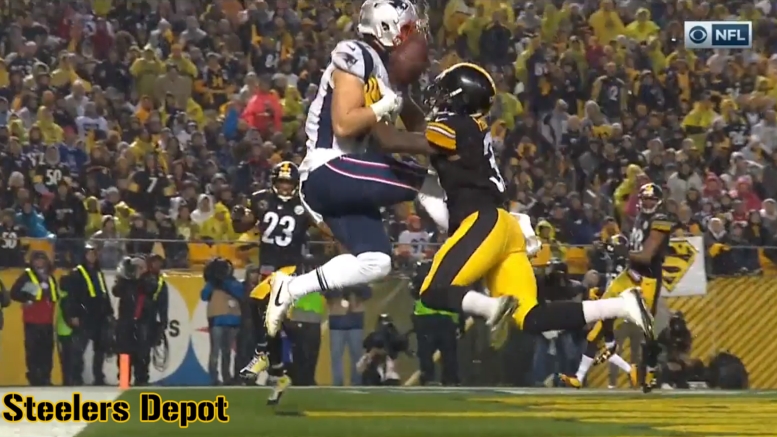 The Pittsburgh Steelers added two members to their starting secondary this past year, each of them coming from very different places. Joe Haden, a seven-year veteran and two-time Pro Bowler prior to bringing brought into Pittsburgh, came in as a high-priced free agent and an immediate starter.

The other new face did not get the red carpet treatment, exactly. Mike Hilton originally came out of college as an undrafted free agent. He failed to stick with either the Jacksonville Jaguars or the New England Patriots in 2016 before finding his way to the Steelers’ practice squad by the end of that season.

Then he became the team’s starting slot cornerback. It is a role that he earned through his play, though it helped that his former college teammate, Senquez Golson, never managed to even throw his hat into the ring after dealing with injuries for three consecutive years.

Hilton recorded 64 tackles during the regular season, intercepting two passes, causing one fumble, and recording four sacks. He had three sacks in one game, the first cornerback in NFL history to do so, with sacks becoming an official statistic in 1982. He had 16 sacks in just the final three games of the season.

Recently, he was ranked as the 16th-best slot cornerback in the NFL by Bleacher Report and their lead scout, Doug Farrar, as well as Ian Wharton, their defensive backs scout.

The cornerbacks were graded based on the metrics of coverage, reaction, recovery, and tackling, as well as positional value, and Hilton earned an overall grade of 66. His coverage was rated 13 out of 20, his reaction 16 out of 20, and his recovery 17 out of 25. His tackling—he was a frequent presence in run support—earned 12 out of 15. All were given eight out of 10 for position value.

Wharton wrote of Hilton that he is “the most unique slot defender and a pleasant surprise due to his role”, adding that “Mike Hilton added some much-needed unpredictability to Pittsburgh’s defense. He was a blitz specialist, totaling four sacks on the season and constantly attacking the line of scrimmage in a variety of run and pass blitzes”.

As evidenced by his four sacks, Hilton was indeed a frequent presence in the team’s blitzes, although the Steelers were also one of the most infrequent blitzing times in the NFL a year ago, while also being among the most effective in converting blitzes into pressure. It helps to have an effective nickel blitzer.

“He’s difficult for an offense to track on a snap-by-snap basis”, Wharton went on to write about the first-year defensive back. “Hilton’s not yet a notable player in coverage and stands to improve considerably in man assignments”.

Washington’s Kendall Fuller was rated the top slot defender. Behind him were Chris Harris, Quandre Diggs, Patrick Robinson, and Justin Coleman in the top five. Tyrann Mathieu earned the eighth spot, with Darqueze Dennard coming after him, while Logan Ryan was one spot ahead of Hilton at 15. 13 through 16 all received the same grade of 66, however.