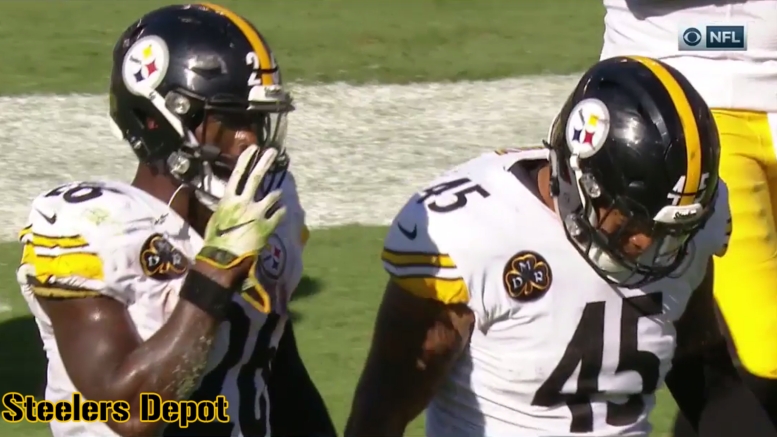 It’s pretty natural for a successful running back and his fullback to build a strong relationship. After all, even as the fullback position has diminished in importance during the current era of the game, the fullback when employed is still primarily tasked with opening holes for the running back.

It would be fair to say that Pittsburgh Steelers running back Le’Veon Bell has such a relationship with his own fullback, Roosevelt Nix, a relationship that they have shared with the team over the course of the past three seasons. While Nix has only recorded nine touches in that span—capped off by a rushing touchdown and a receiving touchdown this past season—he has been a fan favorite for his hard work opening holes.

And he was rewarded this year with a nod for the Pro Bowl, though it came as an alternate when the Pro Bowl starter, James Develin, found himself in the Super Bowl. I’m sure that doesn’t diminish the experience for him, however, nor for their shared experience, as Bell is also in Orlando, the first time that he is healthy for the Pro Bowl as that participate together.

Many might not know that their relationship extends far beyond their three shared seasons in Pittsburgh, however, and that was something on which they were able to reflect over the course of the past week as they celebrate their successes at the highest level of the game.

“It didn’t really hit me until today when we exchanged our Pro Bowl jerseys”, the fullback told the Pittsburgh Post-Gazette. “That was kind of crazy. Two kids from Columbus, Ohio, just trying to be great. We played against each other in Little League and high school”.

Born and raised in Reynoldsburg, Ohio, Nix ended up playing for Kent State, where he was a productive defensive lineman, but he was far too undersized to succeed at the position to the next level. He originally moved to linebacker before being moved to fullback, first by the Atlanta Falcons, then by the Steelers.

Bell, too, was born in Reynoldsburg, though he attended the nearby Groveport high school, both not far out from the state’s capital city of Columbus. But of course the running back played for Michigan State before being drafted in the second round.

“We didn’t get to play against each other in college, but we’re in the league now. It’s cool”, Nix reflected on their shared football journey. “We were good friends before and we’re good friends now. It’s just cool to look back on that time line and see how it works”.

Bell was a day-one starter, but Nix was cut on television while the Falcons were featured on Hard Knocks. He said that he looks back on that moment “all the time”, driven by being told that he wasn’t qualified for a roster spot. “That’s what got me here today. That’s what’s going to continue to drive me to be successful. I think about that every day”.

And now he’s blocking in the Pro Bowl for his long-time friend. And you know he’s actually going to throw blocks. Nix doesn’t have an off switch, if you’ve ever seen him during touchbacks on kickoffs.