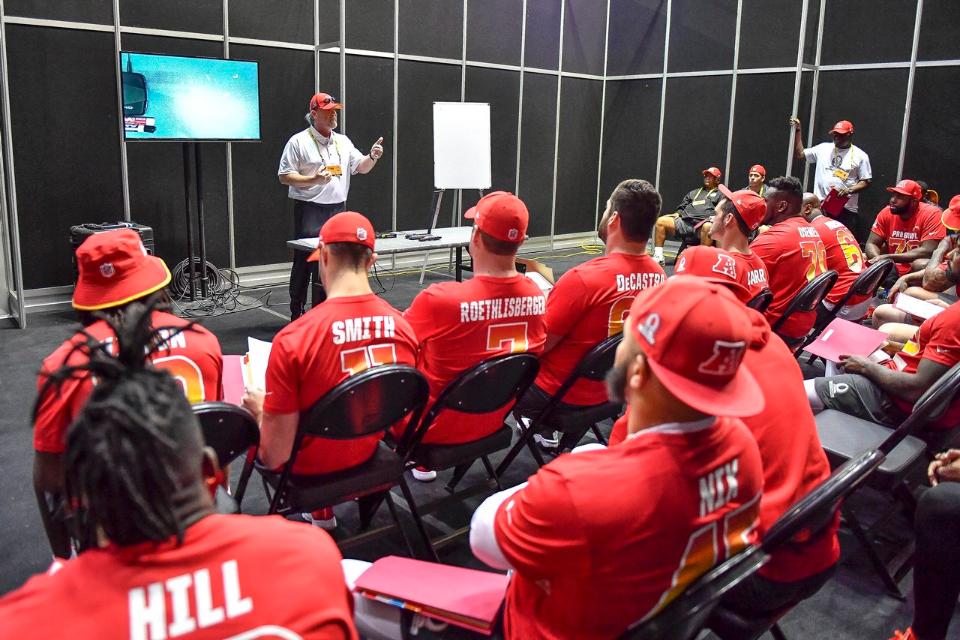 Quarterback Ben Roethlisberger is far from the only member of the Pittsburgh Steelers down in Orlando right now. And he’s not the only one talking about the team’s new offensive coordinator, Randy Fichtner, who has already served on the coaching staff for 11 seasons, first as the wide receivers coach and then as the quarterback coach.

It was obviously in the latter post—which he has held since 2010—that he and Roethlisberger built a close relationship, which the latter acknowledged has not been much of a secret. But the reality is that Fichtner’s purview has just grown exponentially.

While his primary focus for the past eight years had been Roethlisberger, he now has about half of the roster to look over, and an offense to manage. It is a task that he clearly believes that he is prepared for and can handle, but now other players will have to build that relationship with him.

Not that it hasn’t already been in place. As I have mentioned a couple of times previously over the past month or two, Fichtner has been a frequent presence coaching up players of other position groups on the sidelines.

One of those players is running back Le’Veon Bell, who has worked with Fichtner, if largely indirectly, for the entirety of his five-year professional career. And while the new offensive coordinator was not the primary topic of his conversations with the media during yesterday’s Pro Bowl practice, he did have some things to add.

He did say, for starters, that he likes Fichtner “a lot”, noting, “I’ve been with him since I was a rookie. I’m sure he’s excited and I’m excited to have him”. As the player who touches the ball as a playmaker more than anybody in the offense, it would be understandable that he might have a closer relationship than most to the quarterback, and thus to the quarterbacks coach.

“He talked to me about a couple of little things”, the running back said when he was asked if he is aware of any changes that might come about where he is concerned in the ‘new’ offense. “We’ll have some personnel changes. Some formations will be different, but it’s just small minor changes”.

Fichtner’s predecessor, Todd Haley, liked to use a wide variety of formations, but one might argue that he struggled at times to be creative within those formations, especially with regard to what happens after the snap. That is one area that I would like to see improved upon under the new offensive coordinator.

Of course, it remains to be seen whether or not Bell is even the running back who is going to tote the ball in Fichtner’s offense. He is currently scheduled to be a free agent, though he is currently in contract negotiations with the team, and would likely be given the franchise tag if a deal is not struck.