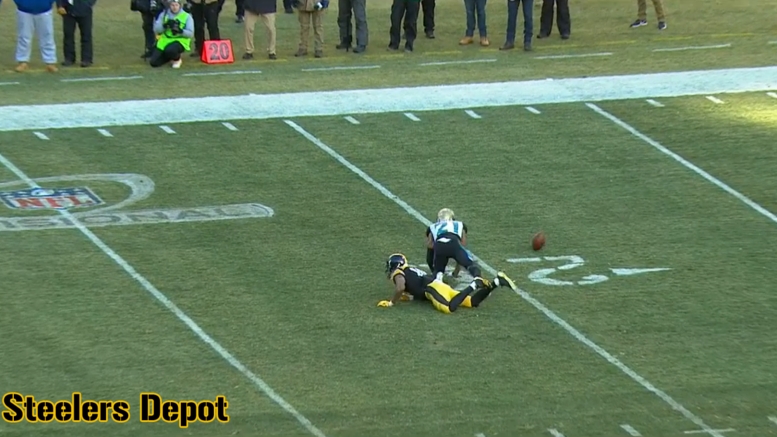 There was no player who did more for the Pittsburgh Steelers over the final three games of the regular season then did wide receiver JuJu Smith-Schuster, the sensational rookie second-round pick who took Steeler Nation by storm and very quickly won over a fan base that was skeptical of his drafting.

Over the course of the last three games of the season, the vast majority of which was played in the absence of first-team All-Pro wide receiver Antonio Brown, the 21-year-old caught 21 passes for 332 yards and two receiving touchdowns. He also contributed a 96-yard touchdown as a kick returner, the team’s first such return since Brown did it in 2010.

He just had a spectacular rookie season all around, in fact, breaking a franchise rookie record for receiving yards, which was set by Jimmy Orr many years ago. In just 13 games in which he was targeted, Smith-Schuster caught 58 passes for 917 yards and seven receiving touchdowns in what was clearly one of the great rookie seasons for a wide receiver in team history.

That did not help in the postseason, however, as he was nearly entirely shut out against the Jacksonville Jaguars and their talented cornerbacks, Jalen Ramsey and A.J. Bouye. While I have a feeling that he did not see as many snaps on offense as one might think, he was hardly a contributor.

Smith-Schuster had just three receptions on the day, and all three did not do much. His first two targets came on screen passes out into the flat, on which he gained a net of one yard, one of them losing a yard. His third and final reception was on the last play of the game, sans a kickoff. It was a four-yard touchdown pass, but the play concluded with just one second remaining.

It was about as depressing a touchdown as you will find, scoring with one second remaining in a 10-point game after the offense repeatedly dug itself in and out of holes, and the defense continually faltered.

He may have contributed one of the Steelers’ six offensive touchdowns on the day, but it was one of the most inconsequential scores in team history that didn’t occur in the preseason. Everybody on the field knew that anything that happened on that play at that point was basically moot.

I’m not entirely clear as to why the rookie was nearly absent from the game. He was targeted five times, catching three passes, but was unable to come up with a tough catch that would have converted on fourth and one.

It leaves a bit of a sour taste in the mouth, but with that said, the minimal impact of his first postseason game should not taint the vigor and potential displayed over the course of his rookie season. Smith-Schuster has a very bright future ahead of him, and that is precisely why today’s stat line is so perplexing.