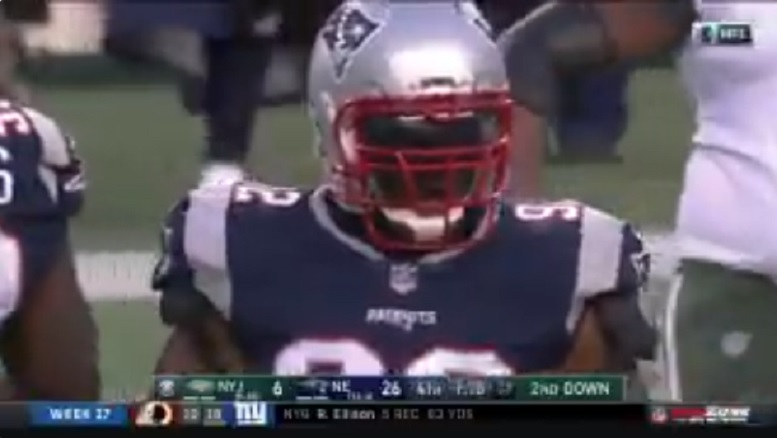 As New England Patriots linebacker James Harrison continues to ready himself to play in a fourth Super Bowl on Sunday in Minneapolis MN, the 39-year-old former Pittsburgh Steelers player is still not concerned about his legacy with the team that he previously won two championships with and is currently their all-time sack leader.

“I don’t know. Ask ah, Franco, I guess,” Harrison said Monday night during the annual Super Bowl media event when asked if he’s concerned about his Steelers legacy, according to Ed Bouchette of the Pittsburgh Post-Gazette.

The Franco that Harrison is referring to is obviously former Steelers running back Franco Harris, who was somewhat shockingly waived by Pittsburgh just ahead of the 1984 season following a lengthy contract dispute that included him not showing up for training camp. After clearing waivers that year, Harris ultimately signed with the Seattle Seahawks. However, he was released by the Seahawks after their first 8 games after gaining just 170 yards on 68 total carries.

Back when Harris was waived by the Steelers I’m sure a large portion of the fan base concluded that his legacy in Pittsburgh would be tainted forever. As we all now know, time healed a lot of wounds fans may have had for the player who was once on the receiving end of the famed Immaculate Reception play. Harris has long been one of Pittsburgh’s most iconic sports figures since being inducted into the Pro Football Hall of Fame in 1990 and there’s now even a statue of him in the Pittsburgh airport.

While Harrison’s exit from the Steelers wasn’t contract related, it was a result of him being being disgruntled just like Harris was back in 1984. Like Harris, Harrison was the main subject of one of the other many great football plays in the history of the Steelers franchise, his 100-yard interception return for a touchdown against the Arizona Cardinals as time expired in the first half of Super Bowl XLIII, No fan of the Steelers will  ever be able to forget that play just as they won’t be able to ever forget the Immaculate Reception by Harris.

I’m sure that the biggest issue Steelers fans currently have with Harrison is the fact that he signed with the Patriots immediately after he was waived by the Steelers. The second biggest issue they have with him is how he reportedly went about getting himself out of Pittsburgh. Those reports included him being accused by his former teammates of sleeping through team meetings in a recliner and not tutoring fellow younger players at his position.

Harrison was asked Monday night if he really did sleep in meetings during the end of his time with the Steelers.

“Who hasn’t fell asleep at a meeting,’’ Harrison replied.

When then asked if he slept in a recliner, Harrison claimed that was impossible because there were no recliners.

As for the claims that he wasn’t helping out the younger players on the roster this past season, Harrison tried to refute those as well Monday night.

“I’m doing no more or no less than what I had over my career. If someone has questions or wants some information, I’m open. I’m willing to give it,” he reportedly said.

Should the Patriots wind up beating the Philadelphia Eagles in Sunday’s Super Bowl then Harrison will have his third championship as a player. While I’m sure such an accomplishment will initially anger Steelers fans even more than they already are, and especially if he has a great game, at some point I believe most will get over it in time.

It doesn’t sound like Harrison holds any bad feelings against the Steelers organization or their fan base and he continues to treat all that has transpired this season as just part of how the NFL business process works.

Could Harrison have gone about things differently this past season? Sure he could have and the same can probably be said about the Steelers and their refusal to play him. After Sunday’s Super Bowl ends it might very well serve as the last game of Harrison’s career. If that’s the case, then the healing process between him, the Steelers organization and the team’s fan base can then begin.