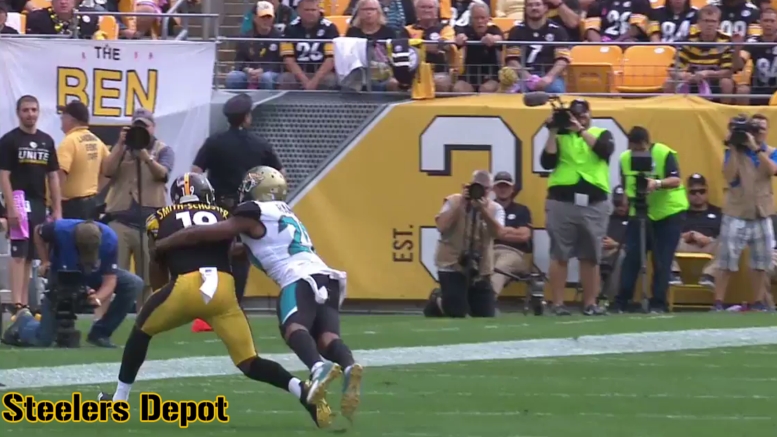 Winning cures nearly all ills when it comes to sports. After all, the objective of every game is to win. When you accomplish what you set out to do, that tends to overshadow any other issues that might exist, as it is secondary to working toward of a collective goal.

To the victor goes the spoils, and the Jacksonville Jaguars were the victors yesterday, spoiling the Pittsburgh Steelers’ otherwise very real championship ambitions. By virtue of their victory, the Jaguars will be participating in their third AFC Championship Game in their history, having lost the previous two, the most recent being to the Tennessee Titans in 1999.

The spoils of victory in this case consists not only of advancement to the next round, but also bragging rights, and trash talk. And given that this is the first time in a decade that the Jaguars have been in such a position, they have been taking full advantage of the opportunity, with even the team’s official Twitter account throwing a heaping helping of shade along the way, the Steelers certainly not spared.

When you have an opponent in the likes of Mike Mitchell who likes to talk as much as you do, however, it certainly doesn’t make it any easier to bite your tongue once you gain the advantage. Mitchell reportedly stood in front of Jacksonville’s locker room prior to the game telling them that they would know his name.

While some feigned knowledge of his full name after the game, others, according to Dan Graziano, called for him by name. “Where’s Mitchell? Bring Mike out here”, players said, according to one of the ESPN scribe’s associates.

Even though the team had won fewer games than even the Cleveland Browns from 2010 to 2016 heading into this season, the current iteration of the Jacksonville Jaguars in no way lacks for confidence and self-assurance, and second-year cornerback Jalen Ramsey in particular embodies just that.

In spite of the fact that his defensive unit was quite troubled, the Steelers putting 42 points on the board via six touchdowns, five of which were passes and one of which was a lateral, Ramsey maintained the defense’s superiority by saying that it should have been even worse for Pittsburgh than it looked.

“They asked for us”, he told reporters after the game, referring to the Steelers, “and they got it. Let’s keep it real, we should have blown them out”.

Ramsey is the sort of player who would chalk up any failure to a freak occurrence that under normal circumstances never would have happened. His unit gave up 545 yards, including 469 passing, allowing a quartet of fourth-down conversions, and gave up scores on all three trips by the Steelers inside the red zone.

Even considering the fact that the Steelers were trailing throughout the game, it would be hard to defend the Jaguars’ defensive display. They gave up not far from triple the amount of points they averaged up to this point in the season. They had better be much closer to that average in New England.