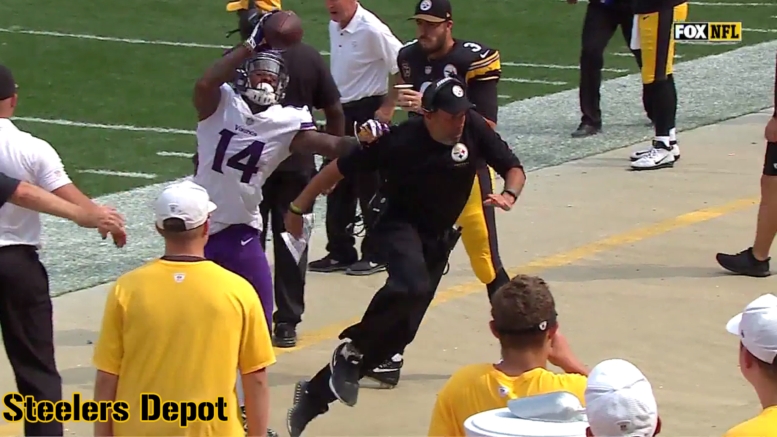 Whether or not it is actually true, Cleveland Browns head coach Hue Jackson said recently, in the wake of the team’s acquisition of an offensive coordinator, that he was never actually instructed to find one. The intention is to indicate that this is something that he wanted to do, rather than something that ownership wanted him to do.

Regardless of what the case actually is, the Browns did go out and find their new offensive coordinator, and they did not have to look far. They hired Todd Haley, as you know, who had been the offensive coordinator of the Pittsburgh Steelers for the past six seasons. His contract expired, however, and the team elected not to re-sign him.

Jackson is at the Senior Bowl at the moment, and he spoke to reporters about the hire. “When somebody like Todd Haley becomes available, immediately your antennas go up”, he said. “It was the right fit and the right time”.

“I’ve always admired his work”, he said of Haley, whom he saw twice a year both with the Browns and with the Bengals previously. “I just wanted to make sure it was the right fit for myself, for him, for our staff and the football team. Like I said in the meeting, he blew me away”.

That might be a bit surprising to those who accept the popular notion that Haley is a very difficult person to deal with, though it’s hard to know what the actual truth of the matter is, since nobody actually says it.

Steelers fans will pick and choose which parts of that they actually believe sounds like the Haley that they came to know and frequently despise during his six seasons with the Steelers, but we will see how it works out in Cleveland.

Jackson seems to be excited and energized by the hire, believing that it will give him the opportunity to transition to more of what he called a ‘CEO head coach’, which allows him to be more of an overseer than a micromanager.

“It is a tough job, but I needed to find somebody I could feel comfortable with, and I did in Todd”, he said about bringing in Haley to lessen his workload. The offensive coordinator did help improve the Steelers’ offensive numbers, even though many are hesitant to acknowledge it.