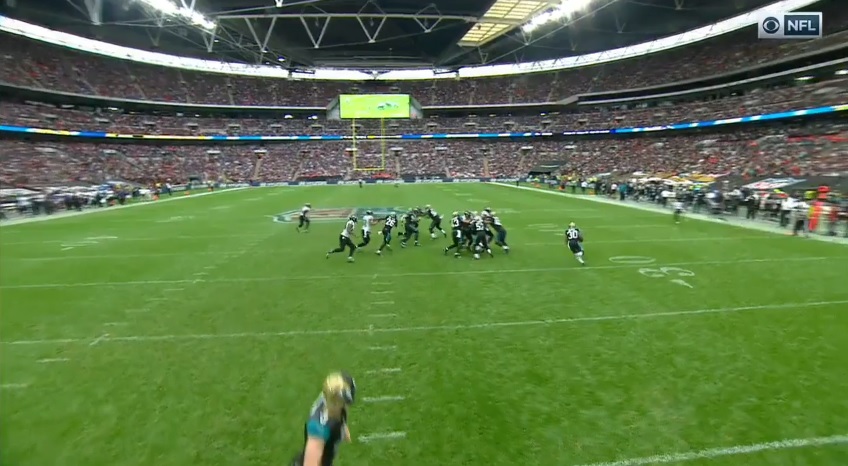 It’s the playoffs. And I’m sure the Jacksonville Jaguars know they’re going to need all the help they can get to stay with the Pittsburgh Steelers’ offense. So hey, I’m just warning you guys. Watch out for a fake punt. They’ve done it three times already.

Today, let’s look at all three from the regular season.

Here they are running up the score against Baltimore in London (something I endorse, for the record). But really, like most fakes, it’s all about situation. Rarely do you call a fake without having a good look to fake it. And if you get the right look, you run it. It’s a binary thing – yes or no.

Here, the Ravens have eight on the line of scrimmage. It’s initially even, a 4×4 balanced formation. At the last second, #41 Anthony Levine flips to the right side, making it 3×5. 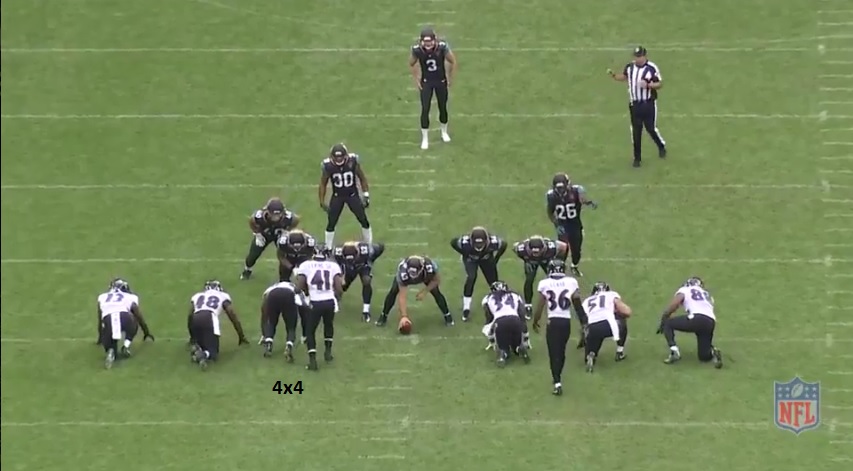 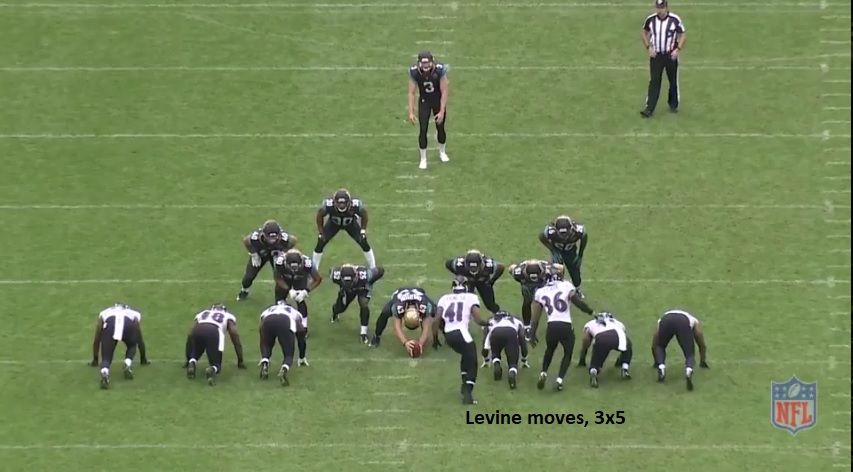 That’s likely the check to the upback/personal protector Corey Grant, a running back, which makes fakes all the more effective (the Steelers, by contrast, use safety Robert Golden in that role). Grant runs a sweep to the right and there’s open grass.

Grant runs it again later in the year. This time, against the Los Angeles Chargers, the box is light. Just six on the line because, for whatever reason, the Chargers essentially have two return men. Like a quarterback checking to the run, Grant fakes it, feeling the flow of the line and where the free defender is (running back instincts and processing) and cutting it upfield. He eventually scores on this one after weaving 10 different times.

And finally, a pass from punter Brad Nortman. Another check, a heavy eight man box, and the Indianapolis Colts in an all-out rush. Great counter to throw it to the right wing (a tight end, giving them more options in the fake game – by contrast, the Steelers use a FB and a safety as the wings) who goes for 30.

All three examples are the Jags just taking advantage of an obvious opportunity. The right box counts and looks to run the fake.

I’m no special teams guru but if I’m Danny Smith, I’m keeping it simple. Seven to eight men on the line, balanced looks but keying on that right and middle side. Safe rushes, not going for the block, and not moving a blocker off the ball, like they have before, pictured below. 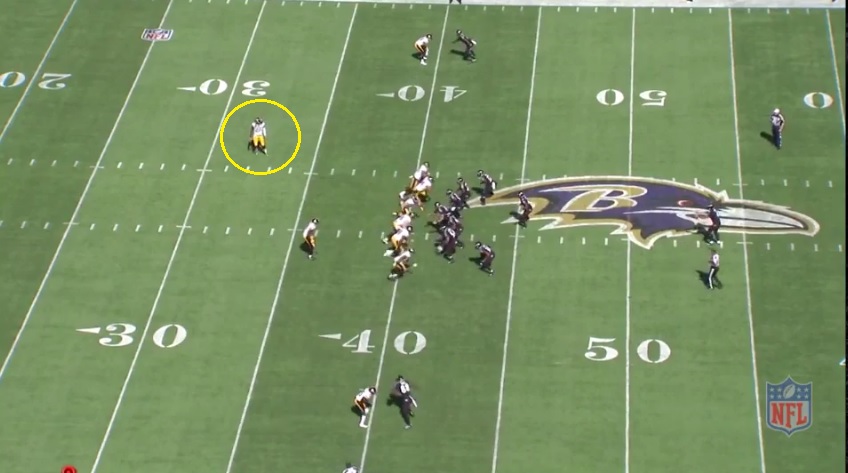