A little more than a week ago, we brought you a series of videos from new Pittsburgh Steelers’ WR coach Darryl Drake’s coaching clinic. It was a solid overview of who he is as a coach, cut from a similar cloth as Richard Mann in that old-school, father-figure approach.

At the end of the article, I mentioned I bought a book of another clinic Drake gave. Finally came in the mail and it offers more information on who he is as a coach. Some of it new, some of it reinforcing the things we talked about before. These do come from 2004, when Drake was a receivers coach at Texas right before breaking into the NFL. The game has changed since then, and I’m sure some of Drake’s teachings too, but the core philosophy and drills likely remain the same.

Here are my biggest takeaways.

Like he did at the clinic last year, one of Drake’s biggest points of emphasis is looking each pass in.

“There are only two fundamentals to catching the football. The first is to watch the ball coming into the hands. The second is to put the ball away in a secure fashion. You must coach your receivers to do this every time they make a catch. Even when the receiver is playing a simple game of pitch and catch, he must catch the ball and put it away.”

And again, he repeats that he is more concerned about making the catch, even if it isn’t with their hands.

“Any style of catching is proper as long as the ball is caught. Do not beat up a receiver because he catches the ball against his body.”

But that doesn’t mean he fails to stress catching the ball in general. In the clinic, Drake continually brought up the need to have receivers catch tons of passes in practice.

“A receiver should catch between 50 and 70 balls during practice…during individual drills before and after practice is the time the receivers do most of their catching.”

He’s also big on tracking the number of targets a receiver gets in practice to ensure each guy is getting enough opportunities to work on his hands.

“The receiver coach cannot let his receivers leave the field without catching at least 50 balls.”

In the clinic, Drake says coaches must work with his receivers on catching the ball from every angle. Low passes, high ones, balls thrown behind and in front must all be repped in order to be comfortable with the ball and on gameday, having his guys prepared to adjust.

One thing we didn’t see mentioned in the other clinic was Drake’s thoughts on blocking. Within the first four sentences of his 2004 clinic, Drake makes his stance crystal clear.

“The receivers that we sign can all catch the ball. However, if you do not block, you will never leave the bench.”

Some coaches will count steps. I remember one clinic taught the post corner route this way: break to the post on the fifth outside step, and then break to the corner on the third step off the inside foot. Drake is opposed to that approach.

“I do not like to try to count steps in a pattern. It is hard for the receiver to count his steps when a defensive back is locked up on him beating the hell out of him…when the defensive back is jamming and pushing the receiver, when does the count start in the route? You have to teach what you know as a coach. I have a hard time teaching steps with press coverage.”

Even back in 2004, Drake recognized how much the game had evolved. How much film study players and coaches put into the week. He stressed receivers can’t be predictable and can’t be put in predictable situations; their splits, route releases, and everything else can’t be easy to key in on. How a receiver gets open follows the same thought.

“A great receiver is also a great actor. He has to make the defender think he is running one route when he is actually running another one. He has to have a feel and expression in his route running. You can’t program the receiver and make him robotic.”

Something Antonio Brown won’t have to worry about, at least. He’s the best at the game at it.

One interesting coaching point is Drake’s landmarks in the vertical game. The receiver can’t get too close to the sideline or the QB won’t have space to throw him open.

“There are two keys to getting deep on a pass. The receiver has to step on the defender’s toes, and he has to have grass. Having grass means the receiver can never get closer than four yards from the boundary line.”

Four yards from the sideline. Keep that in mind when you watch Martavis Bryant run a go route.

Next, Drake goes over 13 different catching drills. Ones you might end up seeing in practice at Latrobe this summer. One point of emphasis is catching the ball in traffic. This one is called the one-man concentration drill. 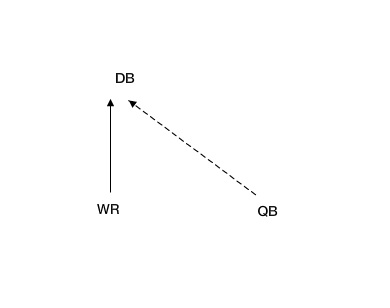 Though I’m sure some will disagree with Drake’s “can catch with your chest” philosophy, catching with the hands is still something he coaches up. This is his unique goalpost drill. 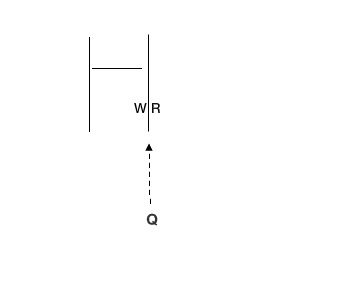 Really like the idea. Creates the muscle memory of extending the hands away from the body. The receiver has no choice but to catch it with his hands, even on an easy throw like a 10 yard curl on a well-thrown pass. That, combined with looking the ball in, should cut down on drops.

Finally, Drake places an emphasis on conditioning-specific drills. That’s an area Mike Tomlin stresses above all else and likely one reason why he honed in on Drake to be the guy.

“The quick ball drill is a conditioning drill. The emphasis is placed on catching the ball and looking it in with the eyes…the receiver lines up on the goal line with the quarterback ten yards from him. The coach calls ‘set,’ and the receiver runs out a pattern six to ten yards deep. He catches the ball and runs out of bounds or takes four steps up the field. The receiver moves to the next line, and the pattern is repeated. If the receiver drops the ball or the ball is a bad throw, everyone has to go back one line.”

I like the idea of a little competition and pressure not to be the guy who screws up and makes the group restart. Especially at the end of practice when guys are tired and technique/concentration is prone to getting sloppy.

That covers the bulk of what Drake covered in the session. Like I said before, it’s not very often we get this sort of behind-the-scenes look at a Steelers coach’s mindset. You won’t find any Tomlin clinics floating around (and if there are, please let me know).

From everything I’ve seen and read, there’s every reason to consider this as a good hire for the Steelers. Someone with a long-standing philosophy who focuses on the players, not just the techniques and concepts.