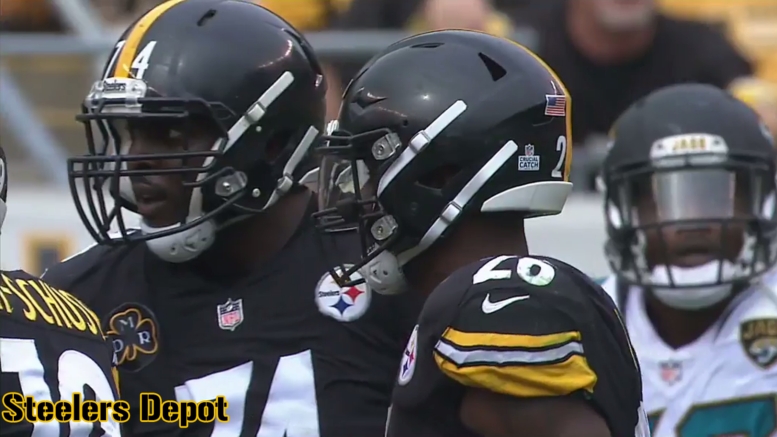 It had been the theme throughout the regular season, so it should not be particularly surprising, but once again, the Pittsburgh Steelers were forced to rely upon Chris Hubbard to save the day—in the sense that he played admirably well, not in the sense that they were able to win.

Hubbard, who started nine games at right tackle (and another, technically, at tight end) in place of Marcus Gilbert, ended up logging almost 800 snaps on offense, which was nearly double the amount of playing time that Gilbert got during the season. Suffice it to say that, as a matter of practicality, Hubbard was the Steelers’ primary right tackle in 2017.

And their work in pass protection was about as good as it had ever been, giving up only 24 sacks on the season, including a couple of fluky ones in the season finale when Hubbard had to be called into action at center and botched the snaps.

During Sunday’s game, however, in the second half, Gilbert went down and was ruled out for the remainder of the game with a concussion. So it was up to Hubbard yet again to play for the majority of the game, which happened a few other times during the year as well.

According to Pro Football Focus, Hubbard saw 432 snaps in pass protection in 2017 and gave up 32 total pressures, including three sacks and five hits, for a pass blocking efficiency percentage of 94.3, which ranked 37th among tackles. Alejandro Villanueva had a 94 percentage.

That is one metric, at least, but I think for most he will have passed the eye test as well. And for Hubbard, it was one last opportunity to showcase himself for the league before he hits free agency, which is likely will on March, provided that the Steelers do not manage to re-sign him prior to that point.

His play against the stout Jacksonville Jaguars defense, which gave them fits earlier in the year, helped the offense put up 42 points this time around, and that effort will leave a better taste in the mouth to end the season on than his botched snaps at center in the regular season finale.

While he certainly would rather be continuing to play, I am sure that Hubbard is very much looking forward to his opportunity to hit free agency this year and see what he is worth. The former undrafted free agent has come quite a long way since entering the league in 2013, spending his rookie season on the practice squad.

Realistically, the only way that I can envision the Steelers retaining him is if they view him as the successor to Ramon Foster, who will turn 33 early in the postseason next year and is in the final year of his contract, at left guard, but truthfully, if there is an heir apparent for that spot, it is B.J. Finney, who has started five games there.