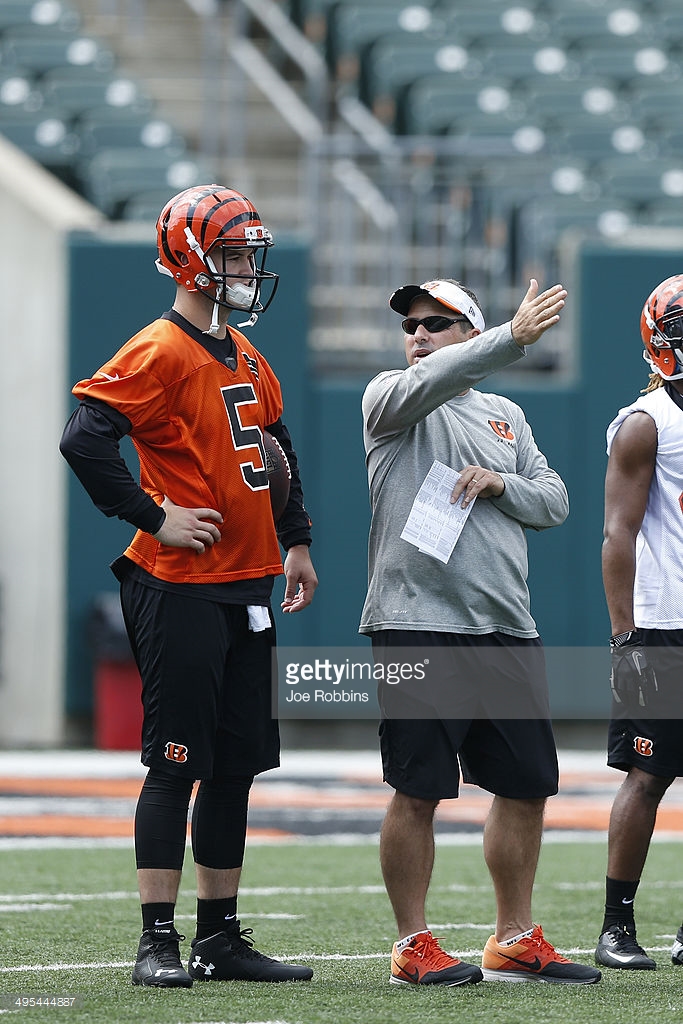 Ken Zampese was the Cincinnati Bengals quarterback coach for a long time. A long time. He started out coaching Jon Kitna, and then moved on to Carson Palmer. He was, of course, there for Andy Dalton as he developed, but starting in 2016, he transitioned into the role of offensive coordinator after Hue Jackson moved to the Cleveland Browns as head coach.

Zampese was, evidently, so bad at being the Bengals’ offensive coordinator that they fired him two games into his second season, after the offense failed to score a touchdown, and was shut out in one of the two games.

Now, I’m not going to say that it was all Zampese’s fault. There were a lot of things wrong with the Bengals’ offense this year, and it starts with having lost their two best offensive linemen in the offseason. The ad-hoc group started to come together more as the season progressed, so it’s no surprise the worst came first. And they also faced some tough defenses, including the Baltimore Ravens.

Yet that is reportedly what is happening. Or at least, maybe. But it would make sense. Initial conflicting reports seemed to have the Browns interviewing Zampese imminently and doing so for the role of offensive coordinator, but it could also be for another offensive assistant position, depending on how things go.

The connection, however, is obvious. Jackson spent a few years with the Bengals, including two as offensive coordinator, and he would have worked closely with Zampese as the quarterbacks coach, particularly as it pertains to Dalton’s development.

Zampese has had experience developing not just Dalton, but Palmer as well. And the Browns are desperately in the market for developing another young quarterback. With the first-overall pick in the 2018 NFL Draft, it’s fairly reasonable to believe that Sam Darnold or Josh Allen will be their next starter.

There is logic in bringing somebody in who you not only have worked well with in the past, but who has experience doing something that you need done perhaps more than anything else, which is developing a young quarterback.

I’m honestly not sure who the Browns’ current quarterbacks coach is, but let’s face it, they have not developed a quarterback since having returned to the NFL nearly two decades ago, so what could it really hurt to shake things up? Maybe Zampese is not the greatest play-caller in the world, but he did have some success as a position coach.