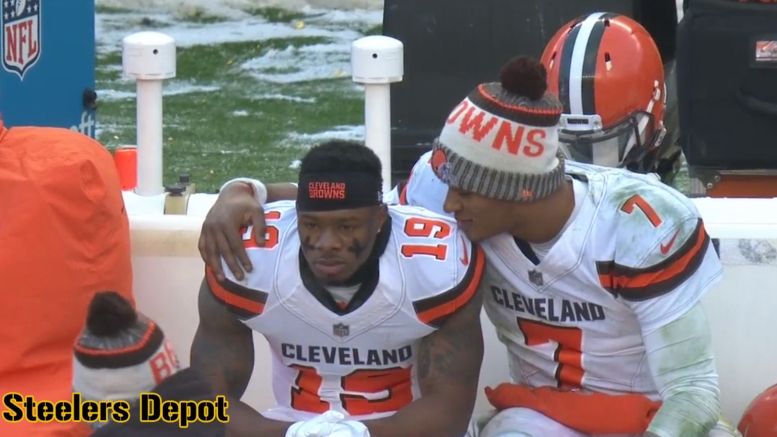 It has been the better part of a week now, and yet I haven’t even gotten around to writing it up. The Cleveland Browns have pretty much secured for themselves the distinction as the worst team in the history of the NFL. No team ever in the league has ever gone through two full seasons while managing to win just one single, solitary game.

Super impressive if you’re into terribleness, which, believe it or not, turns out to be a word, unbeknownst to me when I first began to type it out. There are really only two other teams that can fairly compare to the lowliness of the Jimmy Haslam, Sashi Brown, Hue Jackson Cleveland Browns, and those are the Tampa Bay Buccaneers and the Detroit Lions.

Unlike the Browns, however, the Buccaneers’ bout with futility not only came at the very birth of their franchise, providing them with a rather good excuse for their abysmal results, but they also came during the era of the 14-game season.

So while they may have gone without a win during their inaugural season, it was only with 14 losses, as opposed to 16. And the following season, they managed to put up a 2-14 record. So, over the course of the Buccaneers’ first two seasons as a franchise, they went for a combined 2-26. I’m sure Jackson would find that a fantastic record right about now. Tampa Bay also posted a 10-6 season and advanced to the conference finals just two years later.

The other team with a date with destiny for futility was the Lions, who bottomed out in 2008 with the league’s first, and prior to this season, only 0-16 season. Their primary quarterback that season was Dan Orlovsky, and they drafted Matthew Stafford first-overall a year later. But Stafford’s first campaign yielded only two victories as well.

And thus, the Lions over a two-year period went 2-30, quite nearly as bad as the 1-31 that Cleveland just completed, but not quite. And that Lions team, at least, had some legitimate talent, such as Calvin Johnson. Detroit was competitive in many games; the Browns were competitive in comparatively few.

Will there be more to come? It’s hard to say, but in preparation for the 2018 regular season, I am likely to brush up on the history of the worst three-season periods in the NFL. The Browns certainly know there is much work to do, yet they remain steadfast in their belief that they have the pieces in place to get it turned around.

Last year, they passed on drafting Mitchell Trubisky and Deshaun Watson, as they passed on Carson Wentz the year prior. This season, they will have their choice between Sam Darnold and Josh Rosen with the first-overall pick, and will have another pick shortly after that.

New general manager John Dorsey has a cupboard full of draft picks and salary cap space. And he knows that quarterback is the number one priority. Knowing the Browns, this has typically meant that they will take the country’s highest-graded long snapper from the Ivy Leagues, but will it finally change?