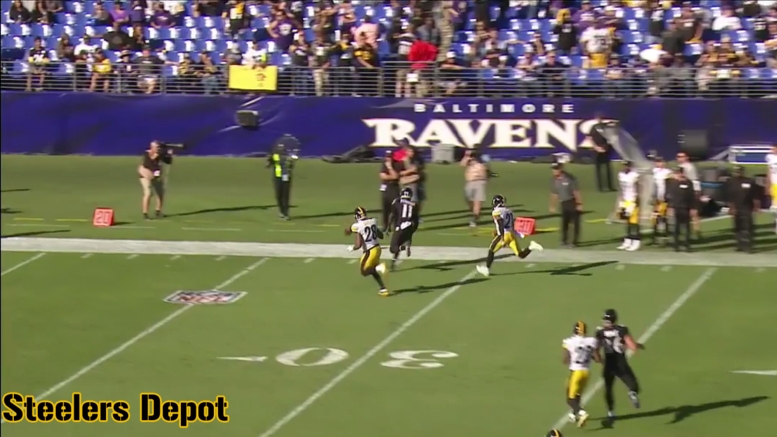 The Baltimore Ravens have drafted just about one good wide receiver in the entire history of their organization, and they let him go in free agency. Like, seriously, go look at their all-time leading receivers. Torrey Smith is about the only one you would say was both good and lived up to his draft stock. Mark Clayton? Not really.

For whatever reason, the franchise just has not been good at identifying talent at the position through the draft, and have instead had to routinely supplement in free agency, with pick-ups such as Derrick Mason—their all-time leader in receiving yardage—Qadry Ismail, Anquan Boldin, Steve Smith, Mike Wallace, Jacoby Jones, and, most recently, Jeremy Maclin.

And that failure to acquire homegrown talent at the wide receiver position has not been for a lack of trying. They have drafted seven wide receivers in the top three rounds, and only Smith has been much of an asset in the past. Clayton was a thoroughly mediocre contributor as a first-rounder, as was Travis Taylor. Brandon Stokley as a fourth-rounder is the next-best they’ve done, and he did his work with Payton Manning.

The Central Florida product had a dismal third season, by the end of which he was a healthy scratch. Active only for 11 games, Perriman was limited to just 10 receptions for 77 yards. He did not catch a touchdown pass.

There was optimism, however, heading into the offseason (after all, what is the offseason for if not false hope?). A year ago, functioning as the third or fourth option primarily behind Wallace and Smith, he caught 33 passes for 499 yards and three touchdowns.

And he looked wonderful in the offseason, as tall, fast wide receivers are wont to do without pads and nobody to tackle them. Just think of Justin Hunter. Back in May, he said that he was “expecting a huge year” from himself. He didn’t even manage what would constitute a huge game.

Basically, their receiving group is entirely unstable. Second-year Chris Moore is about all else there is. So they may need Perriman after all.

“In the end, this is a tough league”, head coach John Harbaugh said when asked about his third-year wide receiver. “You have to go out there, and you have to earn your stripes”. He may be given a chance, but he will have to earn playing time, and maybe even a job.