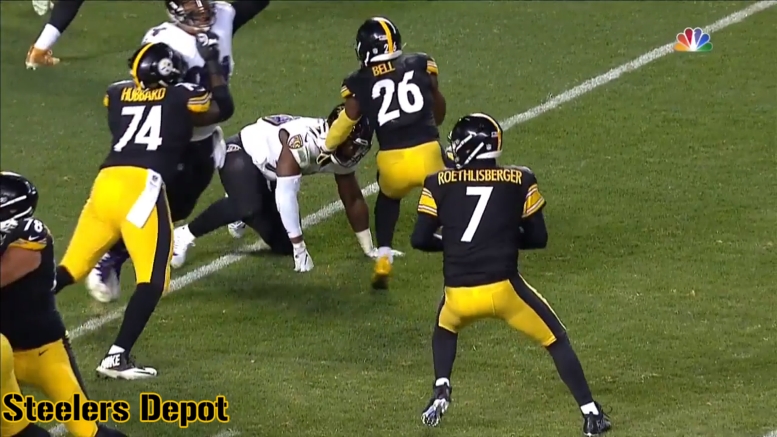 In Bleacher Report’s yearly NFL1000, Ben Roethlisberger came away ranked 5th for quarterbacks in 2017. Ranked by Mark Schofield and Doug Farrar, two very smart guys, they tallied up Roethlisberger in the following categories.

With ten points for his positional value, he finished with an overall grade of 86 out of 100. Here’s an excerpt of what Schofield had to say about Roethlisberger’s performance.

“…Roethlisberger turned it on coming down the stretch. He threw four touchdown passes in back-to-back games against the Titans and the Packers, and when the Steelers were able to go uptempo, particularly at home, Roethlisberger seemed to thrive.”

“…he’s kept everything under control over the second half of the 2017 season, and he’s perfectly aligned with a vertical passing game with a ton of quick receivers who are learning their route placements.”

Roethlisberger finished the year completing 64.2% of his passes with 28 touchdowns, 14 picks, and over 4200 yards. Following the disaster that was the Jaguars game, he threw 22 touchdowns to just seven interceptions. The Steelers weren’t shy about throwing the ball either. Over that span, he attempted at least 40 passes in four games, including a franchise record 66 against the Baltimore Ravens.

While there were still moments of inconsistency, Roethlisberger proved that he’s still nearly as good as he’s ever been. You could even argue him a spot higher though it’s understandable he finished where he did because of those rough patches.

If you’re curious, the next AFC North quarterback to appear is Andy Dalton at 24th and overall grade of 72, 14 points lower than Roethlisberger. Joe Flacco came in at 27th with a grade of 67. Deshone Kizer isn’t even the highest ranked QB on his own team; that goes to Kevin Hogan, who made enough appearances to rank 40th. Kizer was three spots behind him after one of the most disastrous starts of the season. That wasn’t “good” enough for last place – Paxton Lynch had that dubious honor.

Long story short. Another great year for Roethlisberger, who I feel is accurately summed up on this list. And why you should cherish every moment with #7. Because who knows, maybe this really is his last season.