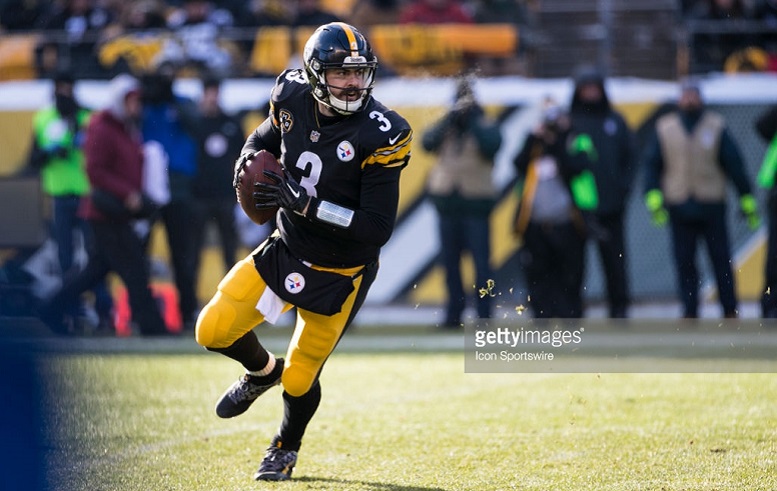 Pittsburgh Steelers backup quarterback Landry Jones made his only start of the 2017 regular on Sunday against the Cleveland Browns and the former fourth-round draft out of Oklahoma played well in the team’s 28-24 win at Heinz Field as he completed 23 of his 27 total pass attempts in the contest for 239 yards with one touchdown and one interception. On Tuesday, Steelers starting quarterback Ben Roethlisberger was asked to rate his backups’ performance during his weekly interview on 93.7 The Fan and he gave Jones a nice review.

“I thought he played a great game,” said Roethlisberger of Jones. “I thought he played an efficient football game. You look at his numbers and the completion percentage, I thought that he managed the game well. He got us into plays, didn’t take too many big chances in terms of trying to force balls into areas and took check downs when needed. And I told him I was really happy with the way he played, thought he did well.”

While Jones completed 3 of his first 5 passes in the game for 14 yards, his fifth attempt resulted in an interception. However, from the end of the second quarter and on Jones was 17 of 18 passing for 176 yards and a touchdown, His lone incompletion in the final three quarter of the game, a dump-off to running back Fitzgerald Toussaint, was actually dropped by the backup ball carrier.

According to stats compiled by Pro Football Focus, the Browns defense blitzed Jones on 50% of his drop backs and they forced pressure on 47% of them. When blitzed, Jones was 12 of 13 passing with a touchdown for a passer rating of 125.6.

“I thought it was a great opportunity for Landry [Jones] to lead us at the quarterback position,” Steelers head coach Mike Tomlin said of Jones’ Sunday play during his Tuesday press conference. “I thought that he met that challenge.”

With the regular season now over the current hope is that the only time we see Jones during the playoffs includes him taking snaps late in a Steelers blowout win. Sure, he may have only beaten a winless team on Sunday, but let’s not forget that he played behind a makeshift offensive line short two starters and most of the game behind a center that hadn’t snapped the football all season in tackle Chris Hubbard. Oh, and Jones didn’t have two key offensive weapons in running back Le’Veon Bell and wide receiver Antonio Brown at his disposal on Sunday, either.

Like it or not, Jones can probably currently be considered one of the top five or six backup quarterbacks in the NFL right now. Sure, he shouldn’t be considered as the potential heir to the Roethlisberger throne, but as far as future backups go for the Steelers, he’s more than acceptable.