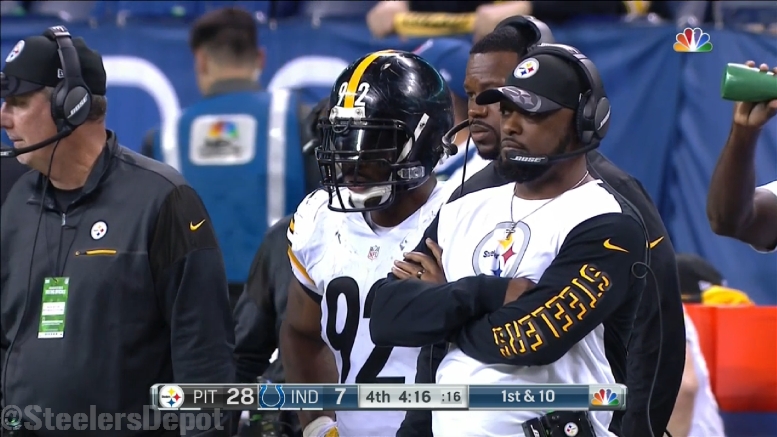 Question: Will the Steelers regret not making changes to the defensive coaching staff if that initial report holds true?

It was reported by the Pittsburgh Post-Gazette early yesterday that it was the intention at this time for head coach Mike Tomlin to retain his defensive coaching staff. While the group has seen gradual improvement over the course of the past three seasons, Keith Butler’s unit was responsible for allowing 38 points to the Jacksonville Jaguars in the team’s early postseason exit on Sunday.

Butler, who has been with Pittsburgh since 2003, had been the unspoken heir apparent to Dick LeBeau for some years before the change was finally made in 2015. He has been in that post for the past three seasons, and we have seen some numbers tick upward.

Still, there are some things that continue to lack, most significantly the tackling efficiency of the unit as a whole. This issue began on the last legs of the championship defenses, but all of those players have since been replaced with younger bodies who are struggling to tackle well.

Some of this goes on the players themselves, of course, but much of it goes on the coaching staff as well. The defensive line is probably the least responsible for these issues, but the linebackers and secondary have had far too many problems.

Carnell Lake in the secondary has been with the team since 2011, and has had some good, bad, and average units. He hasn’t frequently had the personnel to work with, but he could have his best group in 2018 with Joe Haden having a full offseason, another year of development of Artie Burns, Mike Hilton, and Cameron Sutton, as well as Sean Davis…and perhaps a new starting free safety. Releasing Mike Mitchell will leave dead money, but would also save $5 million.

Joey Porter was a popular player, but it would be hard to argue he’s gotten the most out of the young players he has been given, T.J. Watt notwithstanding. But is the talent there to mold in the first place?